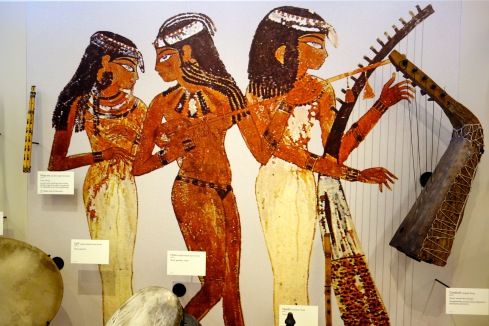 Part of the fun of travel is the opportunity to attend performances that I can’t experience at home.   One of the best new venues is in Phoenix.  The Musical Instrument Museum, which TripAdvisor correctly rates as this city’s #1 attraction, has a theater for performances.   Commonly called MIM, this museum during the day is 2 floors of total immersion in musical instruments and music from all over the world.  In the evening people arrive to enjoy music of all types in MIM’s 300-seat theater, which is small enough to be intimate and has outstanding acoustics.  The first time Ruth & I went to MIM we focused on the museum.  The 2nd and 3rd times it was for performances.

The museum closes at 5 and the performances usually begin at 7 or 7:30 pm. The musicians & singers tend to be super-talented and from all over the world. They might have recognizable names–Judy Collins, John Hiatt, Midori, Rodney Crowell, etc.  But most will be unknown.  On 2 consecutive nights Ruth and I were dazzled by António Zambujo and Lúnasa with Tim O’Brien. Zambujo is a fado singer/composer from Beja, Portugal. He is being compared to Julio Iglesias.  Lúnasa is a 5-member traditional Irish band–fiddle, flute, guitar, double bass, and uilleann pipes.  O’Brien is a folk/bluegrass singer from Wheeling, West Virginia.  He contributed to the O Brother, Where Art Thou? soundtrack.  Both performances were 5 Compass.  We look forward to returning to MIM whenever we’re in Phoenix.

Upcoming July concerts feature Al Stewart, Buffy Sainte-Marie, Earl Klugh, The Pedrito Martínez Group, Los Texmaniacs, etc.   See what I mean about a mix of the familiar and the not so?  Most MIM performers will probably never have recognizable names, but their talent is obvious and the approach to their music is clearly dedicated.  There’s an artist list on MIM’s website under MIM Music Theater.  While learning about it, go to ABOUT and click on the guy wearing sunglasses and standing next to an oversized bass fiddle.  He’s Joe Penna and fantastic at many instruments like the theremin.  He’s hilarious too. The video is from YouTube.   The top ten weird and funny musical instruments is hysterical too.  My favorite is the guy playing the headboard. 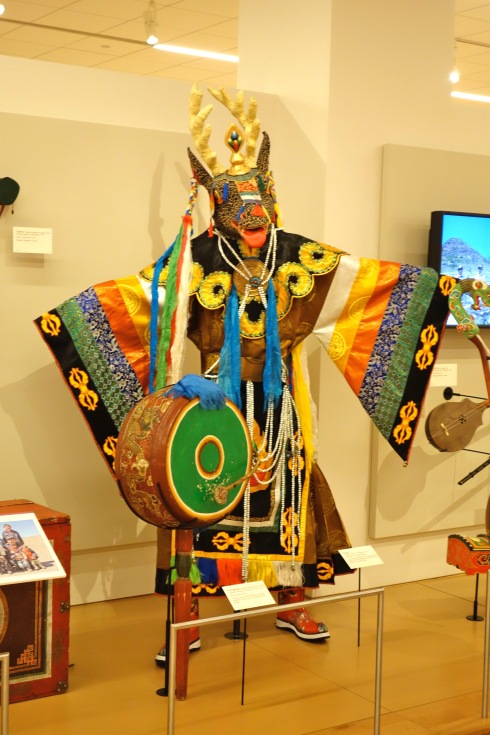 Since the beginning, I've had to avoid writing about the downside of travel in order to sell more than 100 articles. Just because something negative happened doesn't mean your trip was ruined. But tell that to publishers who are into 5-star cruise and tropical beach fantasies. I want to tell what happened on my way to the beach, and it may not have been all that pleasant. My number one rule of the road is...today's disaster is tomorrow's great story. My travel experiences have appeared in about twenty magazines and newspapers. I've been in all 50 states more than once and more than 50 countries. Ruth and I love to travel internationally--Japan, Canada, China, Argentina, Hungary, Iceland, Italy, etc. Within the next 2 years we will have visited all of the European countries. But our favorite destination is Australia. Ruth and I have been there 9 times. I've written a book about Australia's Outback, ALONE NEAR ALICE, which is available through both Amazon & Barnes & Noble. My first fictional work, MOVING FORWARD, GETTING NOWHERE, has recently been posted on Amazon. It's a contemporary, hopefully funny re-telling of The Odyssey. END_OF_DOCUMENT_TOKEN_TO_BE_REPLACED
This entry was posted on Saturday, July 16th, 2016 at 8:39 pm and posted in Arizona. You can follow any responses to this entry through the RSS 2.0 feed.
« Old Nacogdoches
Mount Rainier, Eruption Due »