Jefferson City has a unique attraction, The Veterinary Museum of Missouri. When I asked the staff if there were other veterinary museums in the United States, I was told that they thought there was one at UC Davis, but I can find no evidence of it.  I did discover a second one in Minnesota.   The one in Jefferson City at 2500 Country Club Drive focuses a bit too much on old medical instruments and could use some updating in addition to its new timeline and a couple of placed-too-high videos.  But it is, nevertheless, a singular and fascinating experience.

The self-guiding Veterinary Museum of Missouri, while seemingly small, has many displays and about 3,500 things to see.  The timeline notes that a German study of horses printed in 1715 is the first veterinary book.  A copy of it is on display.  However, its author,  Johann Welbuhler, referenced Italian Carlo Ruini’s 1599 treatise on horses in his publication.  The first veterinary school opened in Lyon, France, in 1761.  Philadelphia had the U.S.’s first such school in 1852.  Twenty-three years later one opened in St. Louis.  The first book dedicated to dog care, The Management and Diseases of the Dog, appeared in 1900.

Animal research has improved human health.  Some diseases, like tuberculosis, are found in both animals and people, so studies help both. However, there’s mostly vivid information about animal diseases here.   I learned, for example, that if a cow eats too much easily fermented food its first stomach, the rumen, can become bloated.  This is fatal without emergency treatment.  A wicked looking instrument called a trocar is used to let the gas escape.   The balling guns also made me wince.

However, there are fun things here too.  Among “Amazing Cat Facts” I read that Kitty, the oldest feline mother, gave birth to two kittens in 1987 at the age of 30.   The largest pig litter was 37.  Sow #570 birthed them on an Australian farm and 33 survived.  The fastest race speed by a horse ever recorded was 43.26 mph.  Big Rackett, who accomplished this feat, ran a quarter-mile in 20.8 seconds.  If you plan to buy a dog, don’t be fooled by websites with cute puppy pictures.  If you locate a breeder on-line, do not send money without speaking to him or her and seeing proof of a dog breeding license. 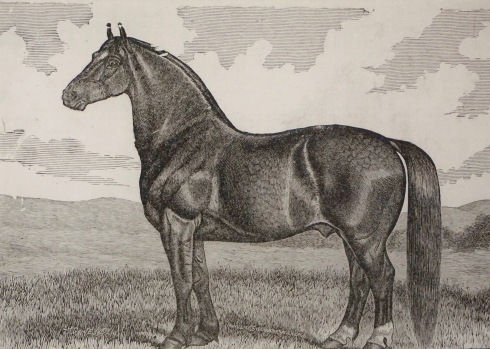 An hour spent learning about animals at The Veterinary Museum of Missouri, as Brad Paisley would say, is time well wasted.

Since the beginning, I've had to avoid writing about the downside of travel in order to sell more than 100 articles. Just because something negative happened doesn't mean your trip was ruined. But tell that to publishers who are into 5-star cruise and tropical beach fantasies. I want to tell what happened on my way to the beach, and it may not have been all that pleasant. My number one rule of the road is...today's disaster is tomorrow's great story. My travel experiences have appeared in about twenty magazines and newspapers. I've been in all 50 states more than once and more than 50 countries. Ruth and I love to travel internationally--Japan, Canada, China, Argentina, Hungary, Iceland, Italy, etc. Within the next 2 years we will have visited all of the European countries. But our favorite destination is Australia. Ruth and I have been there 9 times. I've written a book about Australia's Outback, ALONE NEAR ALICE, which is available through both Amazon & Barnes & Noble. My first fictional work, MOVING FORWARD, GETTING NOWHERE, has recently been posted on Amazon. It's a contemporary, hopefully funny re-telling of The Odyssey. END_OF_DOCUMENT_TOKEN_TO_BE_REPLACED
This entry was posted on Friday, August 26th, 2016 at 9:18 pm and posted in Missouri. You can follow any responses to this entry through the RSS 2.0 feed.
« Canadian’s 5 Compass Citadelle
The Enduring Palouse »