Broken Bow Has The Arrow

I have underrated Nebraska.  It was always that state I hurried across on I-80 to get to what I perceived to be better places, like Colorado.   But this time Ruth & I took our time and found some big city attractions of note, like Omaha’s Joslyn Museum, a quietly scenic highway, #2, pleasing vistas, a wonderful small town named Broken Bow, and a 5 Compass hotel, The Arrow.

The Arrow is in Broken Bow, which is about as far from a big city as a town can get.  Denver is 337 miles away.   The Arrow was built in 1928 by private citizens to serve the railroad.  We saw countless coal trains on our way to town on #2.    At first The Arrow was called The Commercial Hotel.  The Commercial had a ballroom, a ladies’ dress shop, and three floors of  guest rooms.  It could have been torn down in 1984 but was saved and turned into 23 retiree apartments.  In 2005 it had another redo and became a delightful western-style hotel with a cigar room sporting leather seats, a pub, an excellent service-oriented staff, etc.  In its popular Bonfire Grill, diners can get Onion Petals for a side, drink Sioux City Sarsaparilla, and enjoy Baked Alaska for dessert.  Then they can walk around the square or retire to their suite or standard room to soak up the ambiance.  If you’re in the mood for a movie, the Tiffany Theater is a short walk away.  This is not your typical hotel or rural community.

The Arrow has 26 guest rooms. down from the original 72.   Updating occurs regularly.  The rooms I saw were large and easy-to-like, not antique-filled 19th century re-creations like the themed ones in Buffalo’s Occidental Hotel.  Pride of place is palpable in The Arrow and all over Broken Arrow.   I was not ready to leave either, but the rich grasslands of Nebraska’s Sandhills beckoned. 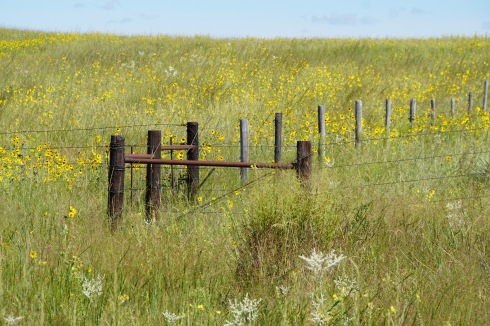 PS.  Surely there are other classic hotels still in existence that once served the citizens of the Western Frontier.   I’m looking for them.

Since the beginning, I've had to avoid writing about the downside of travel in order to sell more than 100 articles. Just because something negative happened doesn't mean your trip was ruined. But tell that to publishers who are into 5-star cruise and tropical beach fantasies. I want to tell what happened on my way to the beach, and it may not have been all that pleasant. My number one rule of the road is...today's disaster is tomorrow's great story. My travel experiences have appeared in about twenty magazines and newspapers. I've been in all 50 states more than once and more than 50 countries. Ruth and I love to travel internationally--Japan, Canada, China, Argentina, Hungary, Iceland, Italy, etc. Within the next 2 years we will have visited all of the European countries. But our favorite destination is Australia. Ruth and I have been there 9 times. I've written a book about Australia's Outback, ALONE NEAR ALICE, which is available through both Amazon & Barnes & Noble. My first fictional work, MOVING FORWARD, GETTING NOWHERE, has recently been posted on Amazon. It's a contemporary, hopefully funny re-telling of The Odyssey. END_OF_DOCUMENT_TOKEN_TO_BE_REPLACED
This entry was posted on Sunday, September 18th, 2016 at 8:24 pm and posted in Nebraska. You can follow any responses to this entry through the RSS 2.0 feed.
« Buffalo’s Wyoming’sOccidental Hotel
Talking to Strangers »