Yale University has the nation’s top graduate school for fine arts.  Most of its competition, like Pratt Institute, has been around for a long time.  But there’s a new art school on the block that won’t be producing graduate students for a while.  It’s in San Antonio and quite impressive as both a school and a tourist attraction.  It’s the Southwest School of Art at 300 Augusta Street, which is on the San Antonio River not too far from this city’s famous River Walk.

The Southwest School of Art is close to 3 years old and offers a 4-year Bachelor of Fine Arts degree.  It’s the only independent college of art in Texas.  So far it accepts only 20 to 25 students each fall and has not yet graduated a 4-year class because its 1st class commenced only in 2014.   Its student to faculty ratio is low–4 to 1.  I wish it well as it establishes itself.

Its campus is a big reason why it’s something a tourist should seek out. Southwest School of Art is mostly in an Ursuline Convent and Academy dating from the 1850s.  The school moved in 1965 and the Southwest School of Art renovated the property, completely keeping its historic landmark character. It now owns the place.  It’s one of the most beautiful “examples of historic adaptive use in the nation” according to its walking tour brochure.  I agree with this self-praise.  Ruth & I especially liked its huge Coates Chapel.

Down the street is the Navarro Campus in an old building that used to be a retail store, a Sears I was told. It opened with classrooms and studios in 1998. Part of its interior space has been converted into a contemporary art gallery. Ruth and I saw a really fine exhibit in it called “Texas Draws IV” that’s no longer there.   South Korean artist Soomin Jung and El Paso’s Adrian Esparza were featured among the works displayed. 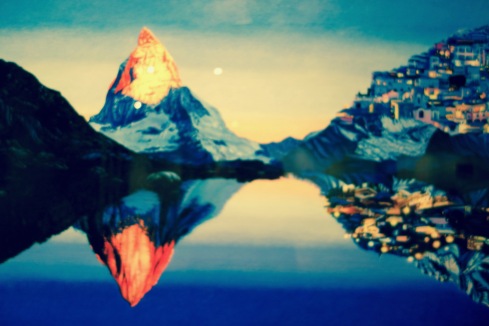 Four exhibits are currently on display.  Because I’m a book lover, Todd Christensen’s library-inspired wall sculptures are the most intriguing. They’ll be up until next February.

Southwest School of Art’s list of offerings is extensive with some arresting titles.  I was especially interested in learning about Mike Fisher’s Cartooning, Comics, Caricature & Anime classes.  Mike maintains a one-man studio, contributes to several magazines, and has won film festival awards.  Ruth chose to focus on Introduction to Clay.  All classes are open to the public, and the staff is extremely welcoming.

Since the beginning, I've had to avoid writing about the downside of travel in order to sell more than 100 articles. Just because something negative happened doesn't mean your trip was ruined. But tell that to publishers who are into 5-star cruise and tropical beach fantasies. I want to tell what happened on my way to the beach, and it may not have been all that pleasant. My number one rule of the road is...today's disaster is tomorrow's great story. My travel experiences have appeared in about twenty magazines and newspapers. I've been in all 50 states more than once and more than 50 countries. Ruth and I love to travel internationally--Japan, Canada, China, Argentina, Hungary, Iceland, Italy, etc. Within the next 2 years we will have visited all of the European countries. But our favorite destination is Australia. Ruth and I have been there 9 times. I've written a book about Australia's Outback, ALONE NEAR ALICE, which is available through both Amazon & Barnes & Noble. My first fictional work, MOVING FORWARD, GETTING NOWHERE, has recently been posted on Amazon. It's a contemporary, hopefully funny re-telling of The Odyssey. END_OF_DOCUMENT_TOKEN_TO_BE_REPLACED
This entry was posted on Tuesday, December 6th, 2016 at 10:10 pm and posted in Texas. You can follow any responses to this entry through the RSS 2.0 feed.
« Table 128: Best of 2016
Washington Lighthouses »