That movie starring Los Angeles, La La Land, ended its commercial, in-theater run with almost $151,000,000 earned.  That’s pretty impressive for a gentle musical with few CGI effects.   As of Tuesday, April 25th, it’s available to rent, so you can check out La La Land if you haven’t seen it. While you’re at it, also see Whiplash, Damien Chazelle’s 1st major release.  I thought both were great and that he is on his way to becoming a major American director.

I also enjoyed seeing Jenna Chandler’s ‘La La Land:’  The ultimate filming location map. After providing it, Jenna listed and commented on 18 of the places where this film was shot.  I like the way she began #1, the movie’s opening scene that was filmed on a freeway on-ramp.   “No one has ever handled LA’s notorious traffic jams as gracefully as the characters in La La Land‘s opening musical number,” she concluded.  Amen.

I learned from Chandler that it took 2 days to film this scene and that it was done on the overpass in the middle of the LA area where Interstates 105 and 110 meet.  The last time Ruth & I were in LA, we sat in traffic A LOT, so I admire Chandler’s candor and Chazelle’s ability to make LA seem like a desirable destination again. Yes.  I now want to go back and revisit the Disney Concert Hall, The Getty, the Pacific Design Center, etc.   And now I wouldn’t mind seeing The Griffith Observatory where “City of Stars” caused the up-until-then rather combative couple in La LA Land to literally float through the air.

Emma Stone played a girl named Mia from Boulder City, Nevada.  She lived, I now know, in Rose Towers, a 20 unit Moorish-influenced, 20-unit Long Beach complex built in 1928.  In my opinion, Stone deserved her Oscar for Best Actress.  Mia’s romantic dance sequence with Sebastian (Ryan Gosling) was filmed in Griffith Park where the planetarium is, as were other scenes.  Some people feel that knowing where movies were filmed spoils Hollywood magic. I don’t.  For me, ‘knowing where’ enhances a movie’s magic.

According to Hugo Martin, writing for the LA Times, tourism is a $20 billion plus industry in Los Angeles.   He also notes that 86% of 400 people interviewed after seeing La LA Land said they were more likely to visit LA after seeing this movie.    I wonder if the millions now seeing The Fate of the Furious will be heading for Cuba soon.

Many movies could have been shot anywhere, but I like it when the location becomes part of the story, which is what happens in both La La & Fate. 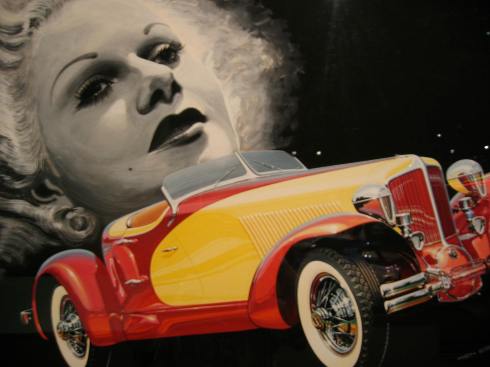 Since the beginning, I've had to avoid writing about the downside of travel in order to sell more than 100 articles. Just because something negative happened doesn't mean your trip was ruined. But tell that to publishers who are into 5-star cruise and tropical beach fantasies. I want to tell what happened on my way to the beach, and it may not have been all that pleasant. My number one rule of the road is...today's disaster is tomorrow's great story. My travel experiences have appeared in about twenty magazines and newspapers. I've been in all 50 states more than once and more than 50 countries. Ruth and I love to travel internationally--Japan, Canada, China, Argentina, Hungary, Iceland, Italy, etc. Within the next 2 years we will have visited all of the European countries. But our favorite destination is Australia. Ruth and I have been there 9 times. I've written a book about Australia's Outback, ALONE NEAR ALICE, which is available through both Amazon & Barnes & Noble. My first fictional work, MOVING FORWARD, GETTING NOWHERE, has recently been posted on Amazon. It's a contemporary, hopefully funny re-telling of The Odyssey. END_OF_DOCUMENT_TOKEN_TO_BE_REPLACED
This entry was posted on Thursday, April 27th, 2017 at 10:17 pm and posted in California, Uncategorized. You can follow any responses to this entry through the RSS 2.0 feed.
« Nostalgic Fun at Superstition Mountain
Road Irritations »