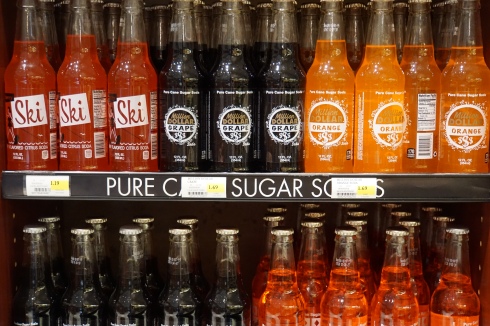 Ruth & I have seen virtually all of the attractions in St. Louis.  The Arch museum won’t reopen for at least another year.  Union Station is far from the completion of its transformation.  We had only one day to explore, so I googled tourist attractions within 100 miles and we headed for Breese.  This Illinois town has one of the oldest continuing businesses is this state and, perhaps, the United States’ first dedicated recycler, Excel Bottling Company.

The Excel Bottling Company has been in existence for 81 years, making sodas on vintage equipment using “pure” cane sugar.  Excel claims that it collects the only returnable bottles in this Midwestern state.  Ruth & I watched as locals came to Excel’s door and bought mix-and-match cases of its various sodas.  We shared Excel’s wildly popular Black Cherry, since 1936, in a 12 ounce bottle.  It was exceptionally good. 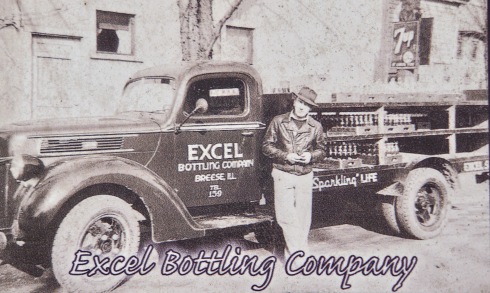 Edward “Lefty” Meier identified a bank robber in The Depression and used the reward money to buy a bottling machine.  It’s still in use.  His wife, much beloved Catherine “Catty” Meier, was co-founder.  You can access a YouTube interview with her.  At the time of its establishment, Excel was one of 3 soda plants in Breese, a thriving town 41.7 miles east of St. Louis. Catherine lived to be 99.  Her sons and grandchildren still participate in making Excel sodas.

Looking ahead in 2012, Excel relocated a brewer from California and began marketing beers.  It has won awards for them and they’re available at several places in St. Louis, notably in the successful barbecue restaurants called Sugarfire.  I love the names craft beer makers come up with for their products. Excel makes Piasa Pilsner and Flash Bang, among others.  Their most popular soda, Ski, came along in 1961.   Ruth & I were told about 3 retailers in St Louis that carried their sodas, but we only found it in abundance at Straub’s, since 1901, in Webster Groves.

Excel General Manager Bill Meier told Ruth and me that his bottling company will celebrate the upcoming eclipse by marketing a new black cherry soda in 2 weeks called Darkest Hour.   He also told us that Excel is locally philanthropic. Among other community activities, it donates soda to high school prom parties.

We explored Breese after leaving Excel and Ruth raved about the hamburger she had with a lot of locals at The Original WALLY’S FAST FOOD drive-in.  I took photos while she waited for her burger.  If you make it to Breese, enjoy both Wally’s and Excel.  Sweet nostalgia guaranteed. 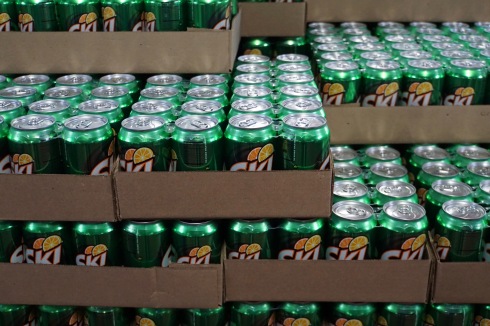 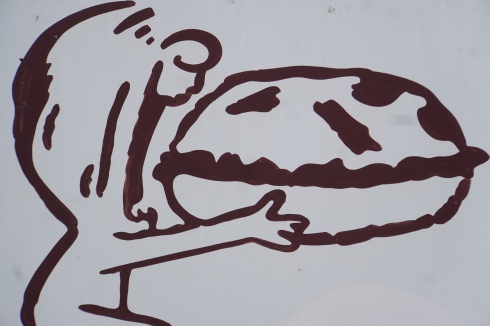 Since the beginning, I've had to avoid writing about the downside of travel in order to sell more than 100 articles. Just because something negative happened doesn't mean your trip was ruined. But tell that to publishers who are into 5-star cruise and tropical beach fantasies. I want to tell what happened on my way to the beach, and it may not have been all that pleasant. My number one rule of the road is...today's disaster is tomorrow's great story. My travel experiences have appeared in about twenty magazines and newspapers. I've been in all 50 states more than once and more than 50 countries. Ruth and I love to travel internationally--Japan, Canada, China, Argentina, Hungary, Iceland, Italy, etc. Within the next 2 years we will have visited all of the European countries. But our favorite destination is Australia. Ruth and I have been there 9 times. I've written a book about Australia's Outback, ALONE NEAR ALICE, which is available through both Amazon & Barnes & Noble. My first fictional work, MOVING FORWARD, GETTING NOWHERE, has recently been posted on Amazon. It's a contemporary, hopefully funny re-telling of The Odyssey. END_OF_DOCUMENT_TOKEN_TO_BE_REPLACED
This entry was posted on Friday, May 19th, 2017 at 9:00 pm and posted in illinois, Uncategorized. You can follow any responses to this entry through the RSS 2.0 feed.
« The Mammoth Mayborn
Magic Chef’s Landmark Manor »