Alaska Gets It Right

According to Elaine Glusac, flying this summer will be different in 4 ways. Fares will be lower, going down 23% since last summer. However, airlines will add charges for a lot of amenities beyond basic economy fares.  American Airlines, for example, has begun introducing Premium Economy.  Those who accept PE will get more comfortable seats, etc.  Delta will introduce Premium Select in the fall of 2017.  This will include upgraded chairs, etc.  Airline officials are discussing a ban on laptops, and fliers may incur extra inspections of devices while going through security.  Finally, some airlines are reintroducing free food service in economy but usually only on transcontinental flights.  In other words, for less than premium customers, flying will continue to suck.

There is a notable exception to airline indifference to customers, Alaska.  This airline seems to value every flier.  Ruth & I choose it whenever we can.  We recently had the E175 Experience.  Alaska Airlines is ever-expanding and buying a fleet of Embraer 175 jets.  We were on one from Portland to St. Louis and back. For me, their 3 biggest perks are wider seats, overhead bins large enough for standard carry-ons, and, best of all, all seats are window or aisle. Alaska expects to open new mid-continent markets with the 76-seat E176s; 33 are on order. 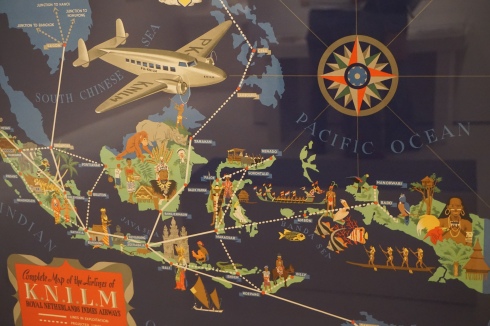 Alaska is a unique airline.  Besides consistently treating all customers well all the time, it has an interesting history. It came into existence in 1932.  According to Alaska Beyond, its in-flight magazine, Alaska flew small planes on skis or floats to remote villages and mining camps when it began.   It didn’t transition to what you would call commercial aviation until 1945 with a fleet of Starliners, WWII surplus aircraft.   When Alaska Airlines was incorporated, it covered only 6,000 route miles, all in Alaska.  The Government granted it permission to fly to Seattle and Portland after 1951.  As of June, 2016 it was the United States’ 7th largest airline.  It’s now flying to 34 states, the District of Columbia, Canada, Costa Rica, Cuba, and Mexico.  It recently merged with Virgin America.  If things go as planned, by 2019 all Virgin America flights will be under the Alaska Airlines name, and the combined companies will be the 5th largest U.S. airline.

In the 1980s Alaska Air Group acquired Horizon Air, greatly expanding its service in the U.S. northwest. Ruth & I like to fly Horizon.  One of its popular perks is free wine or beer on some flights, like from Seattle to Portland. Thanks to Alaska Airlines, we have been all over the state of Alaska.  Two of my best travel memories involve landing on Kodiak Island and taking off from Unalaska, which convinced me that Alaska’s pilots have to be especially tough and well-trained.

Since the beginning, I've had to avoid writing about the downside of travel in order to sell more than 100 articles. Just because something negative happened doesn't mean your trip was ruined. But tell that to publishers who are into 5-star cruise and tropical beach fantasies. I want to tell what happened on my way to the beach, and it may not have been all that pleasant. My number one rule of the road is...today's disaster is tomorrow's great story. My travel experiences have appeared in about twenty magazines and newspapers. I've been in all 50 states more than once and more than 50 countries. Ruth and I love to travel internationally--Japan, Canada, China, Argentina, Hungary, Iceland, Italy, etc. Within the next 2 years we will have visited all of the European countries. But our favorite destination is Australia. Ruth and I have been there 9 times. I've written a book about Australia's Outback, ALONE NEAR ALICE, which is available through both Amazon & Barnes & Noble. My first fictional work, MOVING FORWARD, GETTING NOWHERE, has recently been posted on Amazon. It's a contemporary, hopefully funny re-telling of The Odyssey. END_OF_DOCUMENT_TOKEN_TO_BE_REPLACED
This entry was posted on Monday, June 12th, 2017 at 8:28 pm and posted in Travel Differences. You can follow any responses to this entry through the RSS 2.0 feed.
« The Castle on St Michael’s Mount
Too Many Grammys »