Historic house tours are popular in Columbia, South Carolina.  The 4 big ones are the Hampton-Preston, Robert Mills, Mann-Simons, and Woodrow Wilson.  They’re all in the same neighborhood and relatively close to each other.  Visitors to Columbia can tour all 4 if they have 7½ hours to devote to this activity and $28 per person for adult tickets.  Tickets can be purchased in the lovely gift shop at Robert Mills.  Ruth and I decided to try one tour with a plan to return the next day for another.  We chose the Woodrow Wilson home because of timing and familiarity with the subject.  After all, the home of a 2 term President seems more interesting than the home of a wealthy local merchant.   The tour was so-so.  We didn’t go back.

If we had returned, Ruth and I would have chosen to see the Mann-Simons property.  The brochure for all 4 said that it told the story of Columbia through the experiences of several generations of an entrepreneurial African-American family, “from enslavement to freedom”.  This sounded quite interesting.  When the Wilson family moved from Augusta, GA, to Columbia, SC, five years after the Civil War ended, the population of Columbia was 57% black or mulatto according to an interpretive sign in the house, which was sparsely furnished and more of a museum than a home.

The Wilson family lived in this house for only about 2 years before relocating to Wilmington, NC.  Our guide Bernadette told us that Woodrow’s mother Janet, nicknamed Jessie, financed its construction.  The Wilsons paid $7,500 for it.   Home ownership was less common and a big deal back then.  I didn’t know that General Sherman, who apparently loved burning down entire cities, destroyed 1/3 of Columbia during the Civil War.  As a result,  reconstruction was booming when the Wilsons came to town and built this house.  Woodrow, who was far more commonly known as Tommy until he became an adult, spent only about 1 year in it.  His father Joseph taught at the Columbia Theological Seminary, now the tourable Robert Mills house, while the Wilsons lived in Columbia.  Jessie had a brother named Joe.   He taught in the same school as Joseph until he was let go for supporting Darwinism.  Woodrow Wilson, future President, was a devout, lifelong Presbyterian. 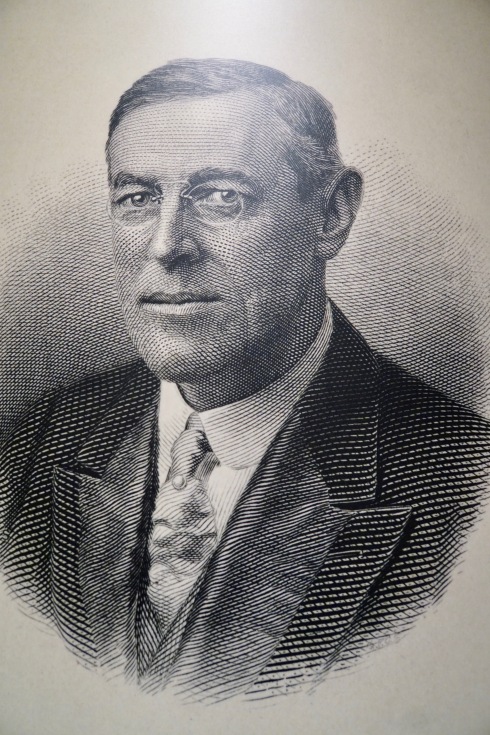 Woodrow loved cars, doting especially on his Pierce-Arrow, and baseball.  Before becoming President, he served as President of Princeton University and was Governor of New Jersey.  As President, probably because of his interest in automobiles, he found funding for public highways when there weren’t any and was a mostly popular national leader who led the United States through World War I, fought unsuccessfully for the League of Nations, started the Federal Reserve, and extended voting rights to women.

His 2nd term as President was clouded by a personal tragedy.  With 2 years left to serve Woodrow had a stroke that left him paralyzed on his left side.  For much of the 2nd half of his 2nd term the country didn’t know how ill he was because his 2nd wife Edith and his doctor controlled access to him.  Some might argue that she was the first female President.

The Wilson House in Columbia underwent a $3.6 million renovation and was closed for many years before being opened to the public as a historic property.  Joe and Jessie sold it for $5,000 when they moved to Wilmington. 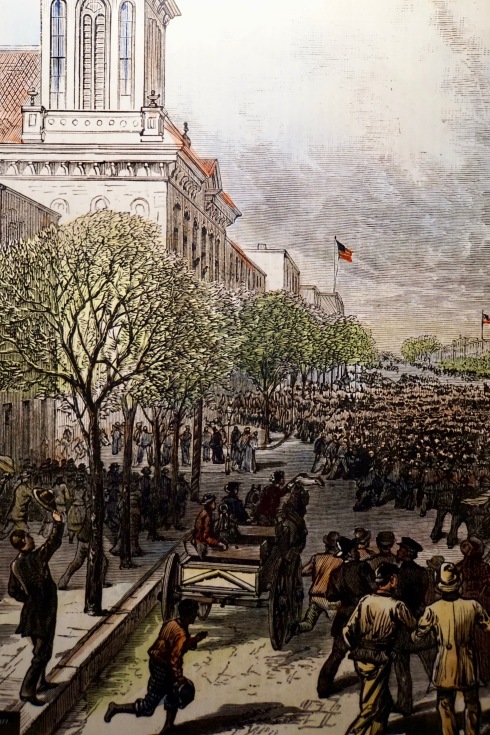 This 18th century print is from Frank Leslie’s Illustrated.  Columbia had a population of about 10,000 when the Wilson’s lived there.  Wilson became the 1st Southern President since 1848 when he was elected in 1913.

Since the beginning, I've had to avoid writing about the downside of travel in order to sell more than 100 articles. Just because something negative happened doesn't mean your trip was ruined. But tell that to publishers who are into 5-star cruise and tropical beach fantasies. I want to tell what happened on my way to the beach, and it may not have been all that pleasant. My number one rule of the road is...today's disaster is tomorrow's great story. My travel experiences have appeared in about twenty magazines and newspapers. I've been in all 50 states more than once and more than 50 countries. Ruth and I love to travel internationally--Japan, Canada, China, Argentina, Hungary, Iceland, Italy, etc. Within the next 2 years we will have visited all of the European countries. But our favorite destination is Australia. Ruth and I have been there 9 times. I've written a book about Australia's Outback, ALONE NEAR ALICE, which is available through both Amazon & Barnes & Noble. My first fictional work, MOVING FORWARD, GETTING NOWHERE, has recently been posted on Amazon. It's a contemporary, hopefully funny re-telling of The Odyssey. END_OF_DOCUMENT_TOKEN_TO_BE_REPLACED
This entry was posted on Sunday, November 19th, 2017 at 1:24 am and posted in The South. You can follow any responses to this entry through the RSS 2.0 feed.
« Chattanooga National Cemetery’s Loose Change
NASCAR in Trouble »