It isn’t on the list of the 50 Most Amazing College Museums judged best by collegerank.net but it should be.  A pleasant surprise in Columbia, South Carolina, the McKissick is on the campus of USC.  Ruth & I both really liked this singular museum. 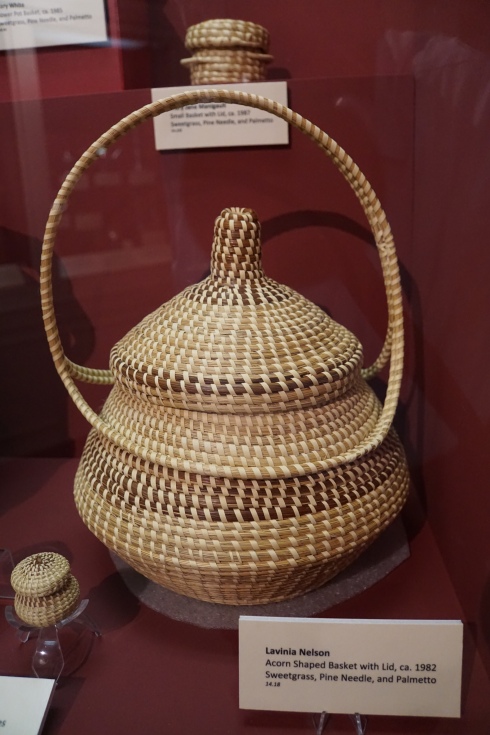 The McKissick is in what was once the main library of this very old university.  It was named for J. Rion McKissick, dean of the Journalism School and then President of the University of South Carolina in the first half of the 20th century.  Founded in 1801, USC today has more than 33,000 students from all 50 states and a 444 acre campus in downtown Columbia very close to the State House.  Overall, it offers 327 degree programs.  U.S. News & World Report has ranked its undergraduate International Business Program as #1 in the nation according to its Campus Highlights and Map brochure.  The members of Hootie and the Blowfish formed their band while students here, and illustrious alumni include Senator Lindsey Graham and Gary Parsons, founder of XM Satellite Radio.   The McKissick is free and offers only temporary displays of USC related exhibits, but this university has been acquiring collections for educational purposes since 1823.  Among the treasures that we saw were excellent folk art pieces, local sweetgrass baskets, Audubon works, Tiffany pieces, etc. 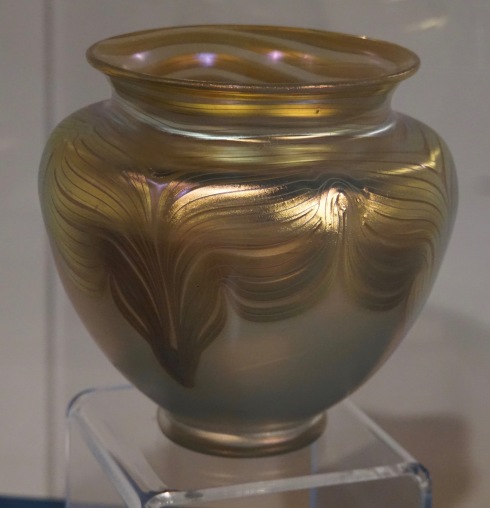 Columbia is a surprise too.  A town of about 130,000 without big city irritations, it’s rich in attractions with only one major dud.  The McKissick on Bull Street isn’t it.  It’s very close to a 5 Compass attraction.

Among this university’s possessions are the Howard Gemstone Collection and the Bernard Baruch Silver Collection. Baruch was a Renaissance man of the 20th century who amassed a fortune, advised Presidents, and lived to be 95.  My favorite exhibit, however, was some flamboyant Mardi Gras costumes designed by Alonso Wilson for the TV series Treme.  Called “Well Suited”, it will be at the McKissick until July 21, 2018.  Something great is destined to replace it.

The Mckissick also functions as the University of South Carolina’s visitor center and is a good place to inquire about a campus tour.  While browsing it, I really enjoyed seeing many students using it for personal projects.

Since the beginning, I've had to avoid writing about the downside of travel in order to sell more than 100 articles. Just because something negative happened doesn't mean your trip was ruined. But tell that to publishers who are into 5-star cruise and tropical beach fantasies. I want to tell what happened on my way to the beach, and it may not have been all that pleasant. My number one rule of the road is...today's disaster is tomorrow's great story. My travel experiences have appeared in about twenty magazines and newspapers. I've been in all 50 states more than once and more than 50 countries. Ruth and I love to travel internationally--Japan, Canada, China, Argentina, Hungary, Iceland, Italy, etc. Within the next 2 years we will have visited all of the European countries. But our favorite destination is Australia. Ruth and I have been there 9 times. I've written a book about Australia's Outback, ALONE NEAR ALICE, which is available through both Amazon & Barnes & Noble. My first fictional work, MOVING FORWARD, GETTING NOWHERE, has recently been posted on Amazon. It's a contemporary, hopefully funny re-telling of The Odyssey. END_OF_DOCUMENT_TOKEN_TO_BE_REPLACED
This entry was posted on Friday, January 12th, 2018 at 10:14 pm and posted in South Carolina. You can follow any responses to this entry through the RSS 2.0 feed.
« The Bedazzling Cooper Hewitt
The Remarkable Renwick »