The Paley Center for Media

Because of its size and complexity, there are lots of interesting, unheralded attractions in New York City that receive little or no publicity.  Part of the fun of visiting New York is unexpectedly learning about some of these.    Recently, Ruth & I visited The Paley Center for Media.

Our visit to the International Center for Photography didn’t work out because it had moved 2 years previously to Lower Manhattan.  Our map clearly showed it to still be on 6th Avenue.  I later realized that the map we were using was new in 2014.  Concierge Maps does do a good job of updating shows and hot attractions.  Since we still had time before an afternoon appointment, I said, “Let’s see what in the Museum of Radio and Television on 52nd Street,” which was close.

In 1976. William Paley, the media executive who founded CBS, started this museum.  However, in 2007 it became The Paley Center for Media, one of those unheralded attractions.  There are actually 2 Paley Centers.  The other is in Los Angeles and seems more active.  Between March 16 and 25, 2018, for example, it will sponsor Paleyfest, which opens with a Barbra Streisand concert.   BS is nearly sold out.  There are only some $40 seats in the back still available, and they’ll probably go fast.  “The Big Bang Theory” is scheduled for discussion one of the evenings.   Tickets are still available for that for $204.

Both Paley Centers have the same goal, to preserve and promote the “cultural, creative, and social significance of television, radio and emerging platforms for the…media-interested public”.  As a result, they maintain a permanent collection of over 160,000 TV shows, radio programs, and ads that are available for watching either at one of the Centers or by searching a data base on-line.  The New York staff was very helpful and welcoming, and Ruth and I were soon watching an old tribute to Lucille Ball.  What we did that day was free; but, in general, the Paley pushes for membership.  However, we were not solicited.

The staff usually offers visitors a top ten list of what is currently hot.  We weren’t in New York during the next weekend or we might have attended the archival screenings in the Center’s auditorium.  They say you don’t really appreciate TV until you watch something old that was made for it on a big screen.

The New York Center at 25 West 52nd Street is closed Monday and Tuesday.  The other days of the week it’s opened noon to 6 pm.  I think it would be interesting to see the 1968 premiere of “Sixty Minutes” scheduled for Sunday, March 18.  Yes, this show will celebrate its 50th birthday this year.

Just inside the Paley Center’s entrance on the 1st level was the ticket and information area where I took the photos below.  The Steven Spielberg Gallery on this floor is used for temporary exhibitions and media events.  An elevator took us to another level where we were soon laughing at the classic antics of Lucille Ball.  The tribute to her had many clips from “I Love Lucy”, probably the funniest series ever on TV.  If you haven’t seen Meatavitavegemin, you’re missing one of the most hilarious things ever to appear on TV.    Little known fact:  Lucy met Desi on the set of a movie they made together in 1940 called Too Many Girls. 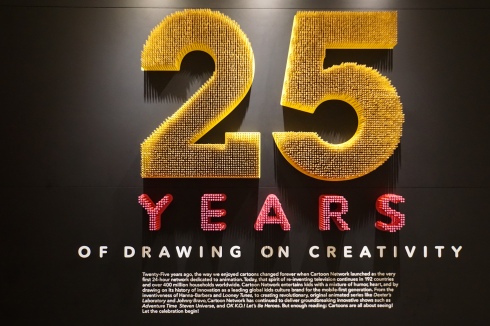 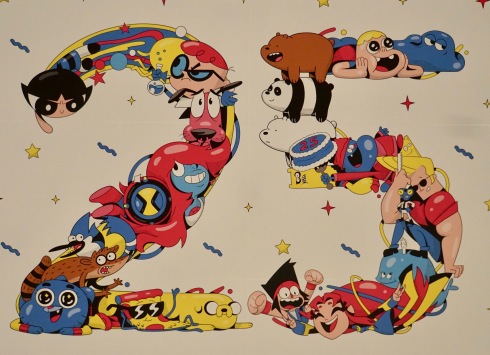 PS The photo of Lucy and Desi is a free download from pixabay.com

Since the beginning, I've had to avoid writing about the downside of travel in order to sell more than 100 articles. Just because something negative happened doesn't mean your trip was ruined. But tell that to publishers who are into 5-star cruise and tropical beach fantasies. I want to tell what happened on my way to the beach, and it may not have been all that pleasant. My number one rule of the road is...today's disaster is tomorrow's great story. My travel experiences have appeared in about twenty magazines and newspapers. I've been in all 50 states more than once and more than 50 countries. Ruth and I love to travel internationally--Japan, Canada, China, Argentina, Hungary, Iceland, Italy, etc. Within the next 2 years we will have visited all of the European countries. But our favorite destination is Australia. Ruth and I have been there 9 times. I've written a book about Australia's Outback, ALONE NEAR ALICE, which is available through both Amazon & Barnes & Noble. My first fictional work, MOVING FORWARD, GETTING NOWHERE, has recently been posted on Amazon. It's a contemporary, hopefully funny re-telling of The Odyssey. END_OF_DOCUMENT_TOKEN_TO_BE_REPLACED
This entry was posted on Wednesday, January 24th, 2018 at 10:02 pm and posted in Great City. You can follow any responses to this entry through the RSS 2.0 feed.
« Charlotte’s Queen and Firebird
A 5 Compass National Museum »