The museum of arts and design is MAD 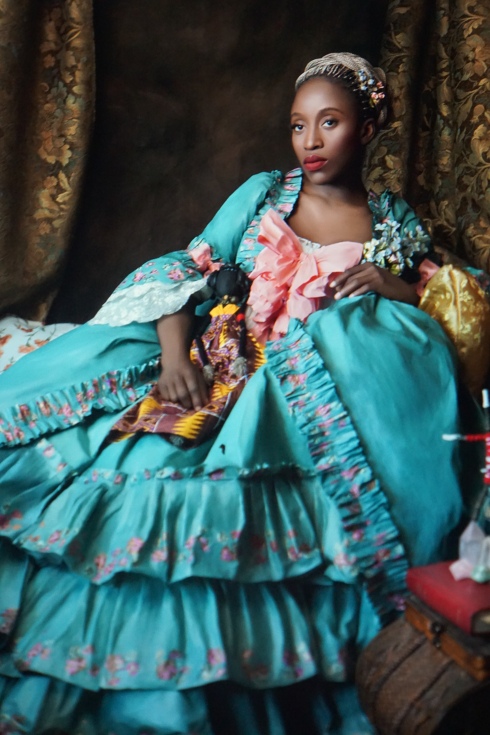 In a city with more than a thousand worthwhile places to go and things to see like New York, it’s important to create a list of them before you arrive or shortly thereafter so that your time is well-spent.   Ruth & I like to mix the old, Fraunces Tavern, with the new, Gulliver’s Gate.  This doesn’t guarantee success.   Today I’m writing about the last place we visited that, unlike Gulliver, was an unqualified success, the museum of arts and design, sub-named “The FUTURE OF CRAFT”.

The museum of arts and design (MAD) was founded in 1956 and moved to its current building at #2 Columbus Circle in 2008.  Its red, white and blue exterior is appropriately factory-like because inside are many laboring craftspeople.  This is the only venue in New York City that lets visitors watch and talk to artists thanks to its Open Studio Program.  Ruth & I tried to ask a couple of the younger ones about their projects, but they were engrossed in their crafts and not especially welcoming.   This was OK because of the dedication they exuded.   Beyond their workstations were 5 floors of temporary exhibits.   None of them are still there.

All exhibits were very contemporary.  I liked Sonic Arcade:  Shaping Space with Sound.   In it, several artists explored sound as a substance with lots of color resulting.  Another exhibit that continued the sound theme was Audiowear, which was described as “a porcelain musical jewelry collection that showcases the acoustic quality of clay by replicating idiophone and aerophone instruments”.   Huh? 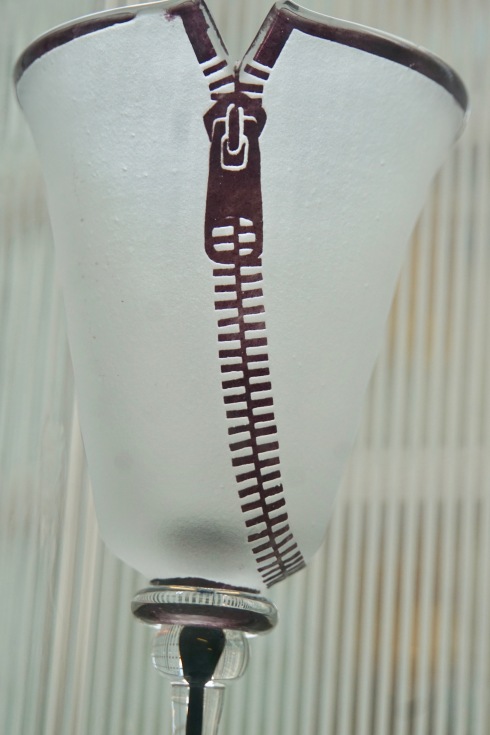 We both liked MAD’s store that featured one-of-a-kind craft items.  Part of this museum will usually be used to display items from its collection.  If I had to do it over, I’d go to madmuseum.org before going there and look at several pages of what it owns.  It currently uses 218  pages to show 2,616 items in its permanent collection, which is more than 95% of it.  Many of the items are both truly stunning and beautifully representative of this artist-centered institution.  On their website, I also like the way MAD treats exhibits.  It features pictures of and info about current, future, and past exhibitions.

If you thinks that American craft and design are in the doldrums, pay a visit to MAD and see that we are a nation of serious artists in a creative frenzy.  5 Compass!

Since the beginning, I've had to avoid writing about the downside of travel in order to sell more than 100 articles. Just because something negative happened doesn't mean your trip was ruined. But tell that to publishers who are into 5-star cruise and tropical beach fantasies. I want to tell what happened on my way to the beach, and it may not have been all that pleasant. My number one rule of the road is...today's disaster is tomorrow's great story. My travel experiences have appeared in about twenty magazines and newspapers. I've been in all 50 states more than once and more than 50 countries. Ruth and I love to travel internationally--Japan, Canada, China, Argentina, Hungary, Iceland, Italy, etc. Within the next 2 years we will have visited all of the European countries. But our favorite destination is Australia. Ruth and I have been there 9 times. I've written a book about Australia's Outback, ALONE NEAR ALICE, which is available through both Amazon & Barnes & Noble. My first fictional work, MOVING FORWARD, GETTING NOWHERE, has recently been posted on Amazon. It's a contemporary, hopefully funny re-telling of The Odyssey. END_OF_DOCUMENT_TOKEN_TO_BE_REPLACED
This entry was posted on Friday, April 20th, 2018 at 10:41 pm and posted in New York City. You can follow any responses to this entry through the RSS 2.0 feed.
« Passing Through Quartzsite
In Midcentury Modern (Hollywood Regency) Style »