Do You Say Boo to a Zoo?

The Australia Zoo, once the home of Crocodile Hunter Steve Irwin, is easy to get to from Brisbane.   Ruth & I went to it via Airtrain.  We got off at the Beerwah Station, and a free courtesy coach was waiting to take us to the zoo.  If you rent or have access to a car, it’s only about an hour’s drive from the city.  The Australia Zoo is in many ways typical with more than 1,200 well-cared-for animals.  It unsurprisingly stresses its animals and assures anyone who might be less than a fan of places that confine them by reminding us that part of every dollar we spend goes to conservation projects related to them.  All in all, Ruth & I found this excursion worthwhile, and we enjoyed several dramatic views of the Great Dividing Range from the train. 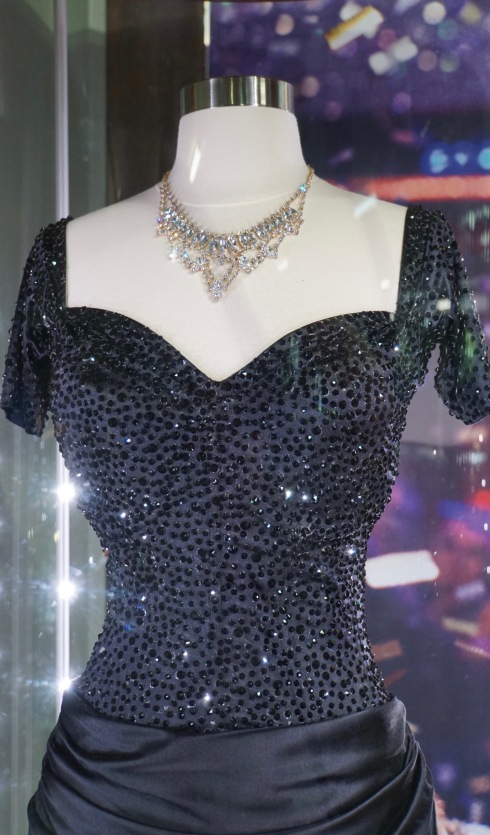 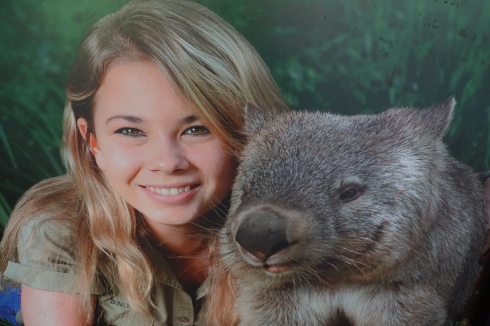 Perhaps it’s time to let go of Steve Irwin a bit and focus more on  his family.  His image still fronts the visitor guide, there are photos of him everywhere, he still greets you at the beginning of the noon show in the Crocoseum, etc.  He died on Batt Reef in September, 2006, after being pierced in the heart by a stingray.   His life and legacy are celebrated every year on November 15, Steve Irwin Day.  Images of his daughter Bindi are plentiful also, and her Dancing with the Stars costume is on display.  Images of Steve’s wife Terri and son Robert are not as frequent.  Robert is still a teenager; and Terri claims that she’s spending her time running this zoo, preparing for the family’s new Animal Planet series, and not dating.  The TV show debuts in fall, 2018.   An official date has yet to be announced.    The family decided to help Animal Planet develop projects 11 years after Steve Irwin died.  There’s a sneak peak on animalplanet.com of the new series, and it looks like it will be a big hit.

The Australia Zoo is vast and can be uncomfortably hot so almost everyone relies on the shuttles that bustle about to get around.  We saw quite a few resident animals like an Emerald dove and the many Australian animals before joining almost all of the other visitors for the noon show that featured lots of flying birds and one enormous croc.  The most memorable bird was a huge condor.   After this show, which was rather traditional, we toured the rest of the Australia Zoo, which is more than 100 acres.   The most impressive sight was a 24-acre African savannah.  The newest animals were plenty of meerkats near it.  The most unusual animal, to me, was the red panda.  The most disappointing area was Bindi’s Island where the treehouse that Steve Irwin dreamed of creating is closed for changes.  However, we had our best animal encounter on Bindi’s Island when the staff-supervised ring-tailed lemurs were allowed to frolic about.

Since the beginning, I've had to avoid writing about the downside of travel in order to sell more than 100 articles. Just because something negative happened doesn't mean your trip was ruined. But tell that to publishers who are into 5-star cruise and tropical beach fantasies. I want to tell what happened on my way to the beach, and it may not have been all that pleasant. My number one rule of the road is...today's disaster is tomorrow's great story. My travel experiences have appeared in about twenty magazines and newspapers. I've been in all 50 states more than once and more than 50 countries. Ruth and I love to travel internationally--Japan, Canada, China, Argentina, Hungary, Iceland, Italy, etc. Within the next 2 years we will have visited all of the European countries. But our favorite destination is Australia. Ruth and I have been there 9 times. I've written a book about Australia's Outback, ALONE NEAR ALICE, which is available through both Amazon & Barnes & Noble. My first fictional work, MOVING FORWARD, GETTING NOWHERE, has recently been posted on Amazon. It's a contemporary, hopefully funny re-telling of The Odyssey. END_OF_DOCUMENT_TOKEN_TO_BE_REPLACED
This entry was posted on Wednesday, June 27th, 2018 at 10:16 pm and posted in Queensland. You can follow any responses to this entry through the RSS 2.0 feed.
« Fire, Then Recovery
Garibaldi and Gray »