The sunken cities were Thonis-Heraclion and Canopolis.  Due to rising sea levels, earthquakes, and other causes they disappeared under the Mediterranean about 800 AD.   In 1996 a research project to learn about them began 2 miles east of Alexandria, Egypt.   For the next 20 years ancient artifacts were brought up from the depths of Aboukir Bay.  About 200 of them are currently at the Saint Louis Art Museum.  Because Ruth’s cousins assembled for a reunion in St. Louis and wanted to see this exhibit of extreme archaeological importance, we joined a large crowd to witness what has been recovered. 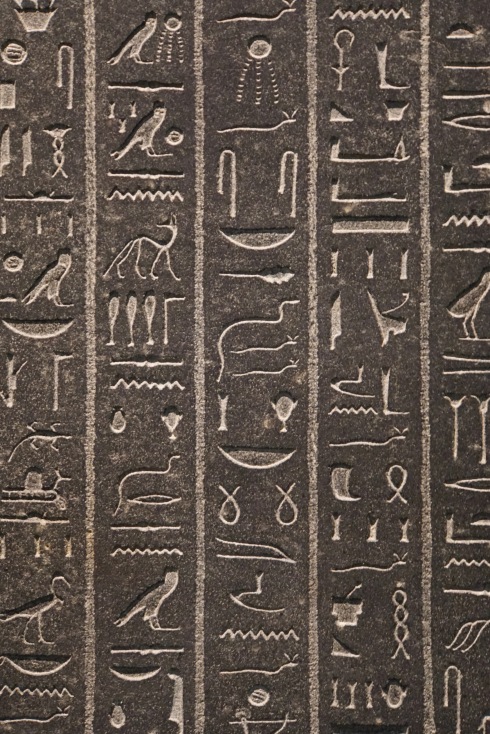 The Sunken Cities have been documented thanks to the work of underwater archaeologist Frank Goddio and his team.  The first exhibit of what they have found so far opened in London’s British Museum on May 19, 2016, and ran until November 27 of that year.  In its 1st North American venue, it will be at the St. Louis Art Museum in Forest Park until September 9, 2018, and will then travel north to the Minneapolis Institute of Art where it will be on view from November 4, 2018, until April 14, 2019.  I suspect that the great interest in this exhibit will cause other cities to host it far into the future, like King Tut and the Titanic shows that have visited many places.   Although an amazing number of artifacts–75 ships and 700 anchors, coins, colossal statues, evidence of mysterious ceremonies involving Osiris–have been brought up from the depths, it’s estimated that it will take another 200 years for a full excavation.  This already is a real education in the daily lives of ancient Egyptians.  The stone tablet seen above is said to be the greatest find.

The Saint Louis Art Museum found it necessary to exhibit the 3 largest statues recovered–a queen, a Pharaoh, and the 17-feet-tall god Hapy–in its biggest hall, not among the smaller, extremely well-preserved artifacts in the main exhibition space.  Among the earliest findings were carvings that revealed the cities’ names–Thonis-Heracleion and Canopus.  Thonis-Heracleion was Egypt’s chief trade port with Greece and Canopis was a religious center that drew pilgrims from around the Mediterranean to its shrines.  The Stele of Heracleion from 380 BCA that included the image at the top of this entry was found face down on the sea’s bottom.  It announced a decree issued by Pharaoh Nectanebo I.  Osiris, who ruled the land of the dead, was tied to the religious identity of the city of Thonis-Heracleion, and is seen in many artifacts like the one below showing him on his stomach after being newly awakened after dying.  This was incredible to experience but not my favorite.  That was the statue of the goddess Tawaret in the shape of a hippo. 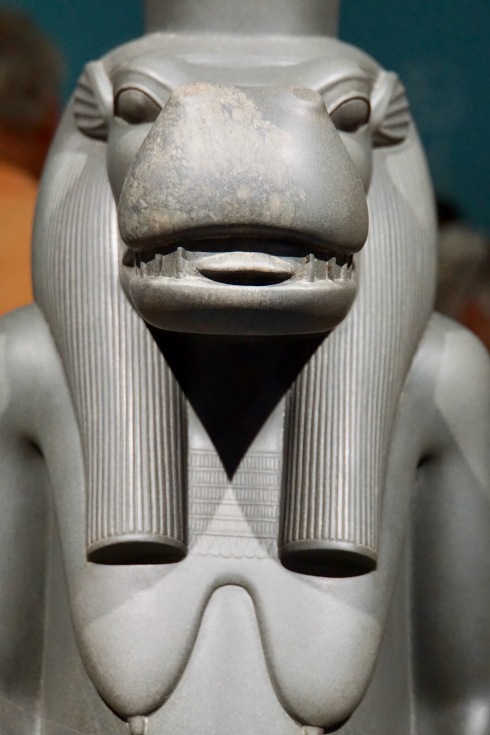 This is clearly among the most important exhibitions that will be seen in U.S. museums in the 21st century.

Since the beginning, I've had to avoid writing about the downside of travel in order to sell more than 100 articles. Just because something negative happened doesn't mean your trip was ruined. But tell that to publishers who are into 5-star cruise and tropical beach fantasies. I want to tell what happened on my way to the beach, and it may not have been all that pleasant. My number one rule of the road is...today's disaster is tomorrow's great story. My travel experiences have appeared in about twenty magazines and newspapers. I've been in all 50 states more than once and more than 50 countries. Ruth and I love to travel internationally--Japan, Canada, China, Argentina, Hungary, Iceland, Italy, etc. Within the next 2 years we will have visited all of the European countries. But our favorite destination is Australia. Ruth and I have been there 9 times. I've written a book about Australia's Outback, ALONE NEAR ALICE, which is available through both Amazon & Barnes & Noble. My first fictional work, MOVING FORWARD, GETTING NOWHERE, has recently been posted on Amazon. It's a contemporary, hopefully funny re-telling of The Odyssey. END_OF_DOCUMENT_TOKEN_TO_BE_REPLACED
This entry was posted on Friday, August 3rd, 2018 at 8:46 pm and posted in Missouri. You can follow any responses to this entry through the RSS 2.0 feed.
« Music to Our Ears at NMM
Jerrie Mock »