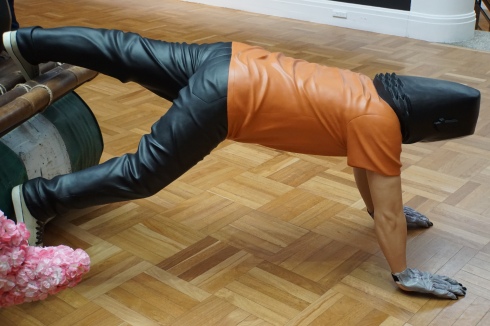 At the beginning of this year The US State Department began issuing travel advisories in a new way.  It now ranks every country from 1 to 4 with 1 being generally safe and 4 being “Do Not Travel”.  This is generally more helpful for travelers than the previous warning and alert system.  Ruth and I have been in 3 places this year where there could have been personal safety issues.

The best way to see what the State Department has done, google “travel advisories” and click on Bureau of Consular Affairs US Department of State.  Expect some surprises.  For example, Denmark is currently a #2.  When you click on Denmark Travel Advisory, you see the date of the issue and that the warning is in yellow, the color for a #2.  The circled T is for terrorism, and travelers are urged to “Exercise Extreme Caution”.  In Denmark!  Details follow each warning.   The Level 3s include, not unexpectedly, Pakistan and Nigeria and are color coded orange.  Turkey is now considered to be a #3.  Level 3s mean that you should reconsider travel.   Level 1s suggest that you exercise normal precautions, and they are both plentiful and include rather expected entries-Canada, Cambodia.  Level 4s–Afghanistan, Iran, etc.–will not be a shock to the typical traveler.   A country’s ranking, however, does not mean that you can’t travel there.  “Do Not Travel” does not prevent going.  It’s just a very serious warning.  Denmark’s designation will be reviewed at least once a year.  Level 4 countries will be reviewed every 6 months.

In late April, 2018 Ruth and I were in Alice Springs, Australia.   We were not aware that foreign tourists had been warned not to visit this Outback city as the result of a number of assaults and the stabbing death of a French tourist last November.  Three years ago sexual attacks increased 14% in Alice Springs.  British nationals have especially been victims.  The Canadian Government is advising travelers to avoid hitchhiking where attacks on backpackers have occurred.  The German Government is telling its citizens to be careful in Alice Springs after dark.  However, its mayor, Damien Ryan, says that his city is safe.  We had one unpleasant incident there, but I didn’t feel threatened in general and we didn’t wander about at night. 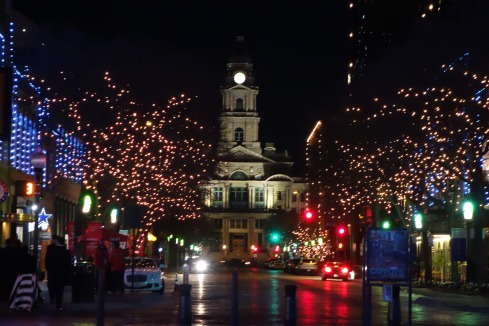 We also went to the Rio Grande Valley in Texas on our 1st trip of this year.  We heard some scary stories and noticed lots of wariness but never felt threatened except for the time I almost knowingly crossed over into Mexico.  However, when we returned home I read 2 books about the border situation and realized that we had been quite naive.   Then McAllen, Texas, was in the news daily for a while.

We’e been in New Orleans’ French Quarter twice in the past couple of years and both times locals warned us not to wander around after dark.

Since the beginning, I've had to avoid writing about the downside of travel in order to sell more than 100 articles. Just because something negative happened doesn't mean your trip was ruined. But tell that to publishers who are into 5-star cruise and tropical beach fantasies. I want to tell what happened on my way to the beach, and it may not have been all that pleasant. My number one rule of the road is...today's disaster is tomorrow's great story. My travel experiences have appeared in about twenty magazines and newspapers. I've been in all 50 states more than once and more than 50 countries. Ruth and I love to travel internationally--Japan, Canada, China, Argentina, Hungary, Iceland, Italy, etc. Within the next 2 years we will have visited all of the European countries. But our favorite destination is Australia. Ruth and I have been there 9 times. I've written a book about Australia's Outback, ALONE NEAR ALICE, which is available through both Amazon & Barnes & Noble. My first fictional work, MOVING FORWARD, GETTING NOWHERE, has recently been posted on Amazon. It's a contemporary, hopefully funny re-telling of The Odyssey. END_OF_DOCUMENT_TOKEN_TO_BE_REPLACED
This entry was posted on Tuesday, August 21st, 2018 at 9:00 pm and posted in Travel Warnings. You can follow any responses to this entry through the RSS 2.0 feed.
« Cedar Rock
The Davenport Revisited »