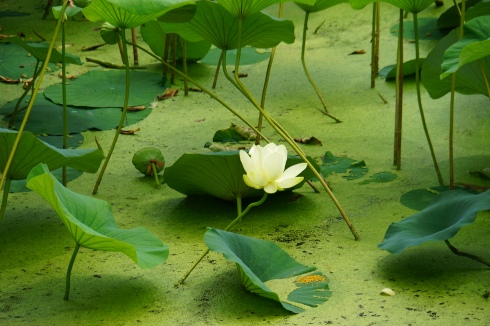 It’s possible to drive the entire length of the Mississippi from its entrance into the Gulf of Mexico to its source at Lake Itaska State Park.  And you constantly have the choice of which side if the Mississippi you want to explore as you pass through 10 states.  You also can choose whether to drive the great river roads north or south.   A non-profit organization formed in 1938 to promote what became known as The Great River Road.  If you decide you want to do all or part of this drive, contact the Mississippi River Parkway Commission and get its free map that lists most of the considerable attractions along the way.   Because this involves following the Mississippi for 3,000 miles, I recommend at least a week to do this drive justice and have the time to actually see several of the major attractions.

Ruth and I grew up, married, and had a family in St. Louis, so we’re familiar with this varied road.  In fact, we were on it this summer going to Galena from St Louis when it finally dawned on me that we have driven the entire length of The Great River Road over the years but never in a single trip.   No wonder this route, America’s longest, is considered to be our most important National Scenic Byway by many travelers! 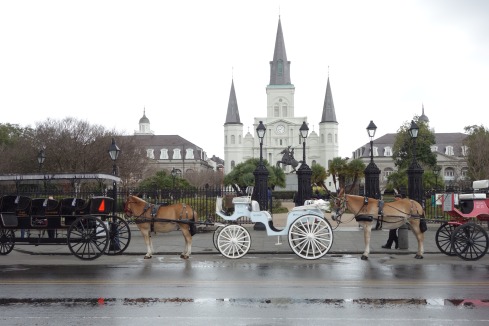 Driving north from Venice at the mouth of the Mississippi, you come to the first of 5 major cities, New Orleans, on this historic river.   This Louisiana drive will be mostly about industrial and port facilities and then towns that have attached themselves to The Big Easy.  You could take a week or more to explore this wonderful and totally unique city, but there goes the Great River Road!  Drive another 112 miles to experience Louisiana’s capital–Baton Rouge–that is, if you stay on the north side of the Mississippi, which I recommend.  You will see less of Louisiana if you do this but will be in Mississippi with its great river towns–Natchez, Vicksburg, and Clarksdale–that much sooner.  Natchez is the start of another great trip, following the Natchez Trace almost all the way to Nashville that will take at least 2 days and is worth every minute.  Vicksburg offers rich Civil War experiences, and Clarksdale has the Delta Blues Museum, which is good preparation for the Great River Road’s 2nd major city, Memphis.

The Mississippi is wide down here as you continue on through Tennessee and a small portion of Kentucky before entering Illinois at Cairo, a very sad community.  But you may want to cross the Mississippi at Memphis to see some of the attractions in Arkansas that your Great River Road map recommends and drive through New Madrid, scene of the worst earthquake in American history.  In Missouri, Saint Genevieve is usually a pleasant surprise for travelers.  And St. Louis, a city I have written much about, is just an hour north of it.

Illinois is probably the state among the 10 with the most active participation in the Great River Road experience.  Places you want to stop and explore there include Fort de Chartres State Historic Site, Cahokia Mounds State Historic Park and the towns Nauvoo and Rock island.  You can always cross over the Mississippi to see its confluence with the Missouri River, Hannibal, and more.

Since the beginning, I've had to avoid writing about the downside of travel in order to sell more than 100 articles. Just because something negative happened doesn't mean your trip was ruined. But tell that to publishers who are into 5-star cruise and tropical beach fantasies. I want to tell what happened on my way to the beach, and it may not have been all that pleasant. My number one rule of the road is...today's disaster is tomorrow's great story. My travel experiences have appeared in about twenty magazines and newspapers. I've been in all 50 states more than once and more than 50 countries. Ruth and I love to travel internationally--Japan, Canada, China, Argentina, Hungary, Iceland, Italy, etc. Within the next 2 years we will have visited all of the European countries. But our favorite destination is Australia. Ruth and I have been there 9 times. I've written a book about Australia's Outback, ALONE NEAR ALICE, which is available through both Amazon & Barnes & Noble. My first fictional work, MOVING FORWARD, GETTING NOWHERE, has recently been posted on Amazon. It's a contemporary, hopefully funny re-telling of The Odyssey. END_OF_DOCUMENT_TOKEN_TO_BE_REPLACED
This entry was posted on Saturday, September 15th, 2018 at 8:42 pm and posted in a 5 Compass Trip. You can follow any responses to this entry through the RSS 2.0 feed.
« An Official Bad Art Museum
River Hugging Roads »