The South Australian Museum is one of those science/cultural repositories that’s not just instructional, it’s fun!   It’s on Adelaide’s North Terrace in a cultural precinct among other museums in some repurposed buildings.  At least 4 of them are worth exploring for a day that includes the nearby botanic garden and National Wine Centre.

The South Australian Museum’s biggest lure, in every sense of the word, is a giant squid.  Giant is actually a misnomer since it takes 4 floors to show this squid’s entirety.  The best place to observe it is on the 4th level looking down toward the ground floor.  It took me a long time to see it because 5 boys were constantly entering the room.  They couldn’t get enough of it and repeatedly, arrogantly stepped onto the see-through floor that gave the impression that you were about to ride a squid.  In this spot they expelled air in horror.  This was OK.  The squid was for them, after all, and I thoroughly enjoyed their fascination with it.  Then the father of one of the boys came over to see what they were so attracted to, glimpsed the squid, and exclaimed, “My God!”

I also really enjoyed how this museum handled minerals.  They are often displayed as row upon row of colorful but dull representatives of what our Earth yields.  Here Australia’s ubiquitous opals were shown both singly and in a block carefully extracted by miners from an opalized sea floor in Coober Pedy, this country’s weird opal capital, so we could see them in a natural state.  Also on display is “the Fire of Australia”, the finest uncut opal known to exist. 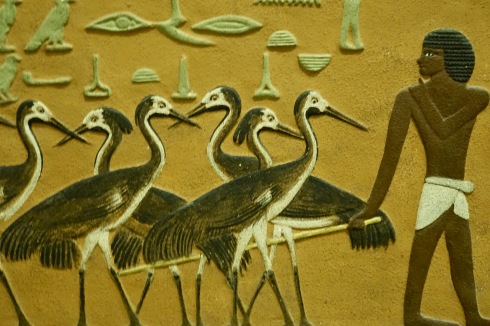 Among the usual Egyptian mummies, boomerangs, dinosaurs, Aboriginal paintings, and South Pacific cultural artifacts were constant surprises, like the largest known ammonite, (marine animal) in Australia that was, at first, mistaken for a giant truck tire.  There was an interesting deciphering of Cleopatra’s name, a rendering of some Egyptian workmen tending to some cranes that were destined to be entombed, and so on.

I love a museum telling me about someone I have never heard of, like Douglas Mawson, who has made a giant contribution to some human endeavor.  Mawson was among the academics who made South Australia the home of polar exploration in the last century thanks to his expeditions to Antarctica, where he almost died. The Polar Gallery he’s in ended with a duplication of an Antarctic ice field.

This museum is for the young and those who want to remain so.

Since the beginning, I've had to avoid writing about the downside of travel in order to sell more than 100 articles. Just because something negative happened doesn't mean your trip was ruined. But tell that to publishers who are into 5-star cruise and tropical beach fantasies. I want to tell what happened on my way to the beach, and it may not have been all that pleasant. My number one rule of the road is...today's disaster is tomorrow's great story. My travel experiences have appeared in about twenty magazines and newspapers. I've been in all 50 states more than once and more than 50 countries. Ruth and I love to travel internationally--Japan, Canada, China, Argentina, Hungary, Iceland, Italy, etc. Within the next 2 years we will have visited all of the European countries. But our favorite destination is Australia. Ruth and I have been there 9 times. I've written a book about Australia's Outback, ALONE NEAR ALICE, which is available through both Amazon & Barnes & Noble. My first fictional work, MOVING FORWARD, GETTING NOWHERE, has recently been posted on Amazon. It's a contemporary, hopefully funny re-telling of The Odyssey. END_OF_DOCUMENT_TOKEN_TO_BE_REPLACED
This entry was posted on Saturday, September 29th, 2018 at 6:14 pm and posted in a 5 Compass attraction. You can follow any responses to this entry through the RSS 2.0 feed.
« Sydney’s Strand
Crazy Rich Australians »