Ruth and I took a tour of Aruba, a Dutch controlled island 19 miles off the coast of Venezuela, that exposed us to the California Lighthouse, the Alto Vista Chapel, a natural bridge, and the Casibari Rock Formations.  None of them were worth seeing.  We spent the rest of our time in Aruba’s only real town, Oranjestad.  This is a deluxe, well-groomed, small city with many stores, restaurants, and resorts.  Ruth liked the shops while I took a long walk. If you go to Caribbean islands for beautiful beaches, casinos, buying gold, and don’t mind limiting yourself to a small area, Aruba is for you.  Eagle Beach, the one favored by locals, is considered one of the world’s best.

Aruba, only 19½ miles long, has almost 43 miles of coastline but only the beaches stretching from Oranjestad north to 3 shipwrecks and the lighthouse are truly beautiful. This is a short distance.  The rest of the island’s rugged terrain is hot, barren and covered with cacti.   It all looks overused.  All Aruba beaches are public, and it does have the advantage of being mostly outside the hurricane belt so bad wind and rain are uncommon.  It does have a diverse population with 90 nationalities present.  Gold was found in 1824 and gave a financial boost to Aruba’s economy until it ran out.  Then it became a place for oil refineries.  Finally, tourism took hold and remains its dominant activity.

Oranjestad has a few attractions for non-shoppers and people tired of time-shares.  Queen Wilhelmina Park, Fort Zoutman, and a butterfly farm are accessible.  If you want to see divi-divi trees, a rocky dessert landscape, Arikok National Park, which has a 620-foot peak that’s Aruba’s highest point, iguanas, wild goats, and tiny pastel houses, some made of coral, head to this island. 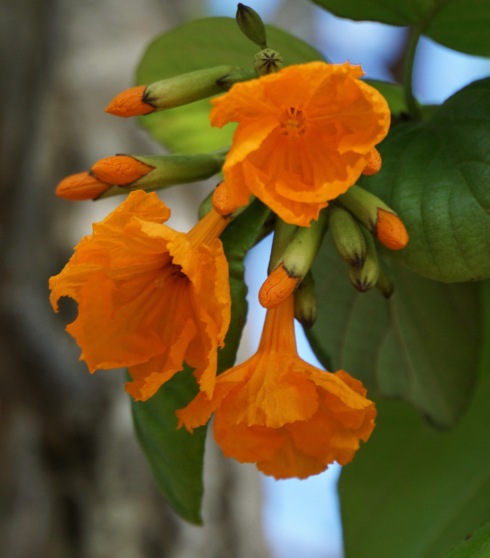 Since the beginning, I've had to avoid writing about the downside of travel in order to sell more than 100 articles. Just because something negative happened doesn't mean your trip was ruined. But tell that to publishers who are into 5-star cruise and tropical beach fantasies. I want to tell what happened on my way to the beach, and it may not have been all that pleasant. My number one rule of the road is...today's disaster is tomorrow's great story. My travel experiences have appeared in about twenty magazines and newspapers. I've been in all 50 states more than once and more than 50 countries. Ruth and I love to travel internationally--Japan, Canada, China, Argentina, Hungary, Iceland, Italy, etc. Within the next 2 years we will have visited all of the European countries. But our favorite destination is Australia. Ruth and I have been there 9 times. I've written a book about Australia's Outback, ALONE NEAR ALICE, which is available through both Amazon & Barnes & Noble. My first fictional work, MOVING FORWARD, GETTING NOWHERE, has recently been posted on Amazon. It's a contemporary, hopefully funny re-telling of The Odyssey. END_OF_DOCUMENT_TOKEN_TO_BE_REPLACED
This entry was posted on Tuesday, November 6th, 2018 at 9:25 pm and posted in Caribbean Islands. You can follow any responses to this entry through the RSS 2.0 feed.
« Panama Canal: Future
Ljubljana, Urbino, and Akureyri »