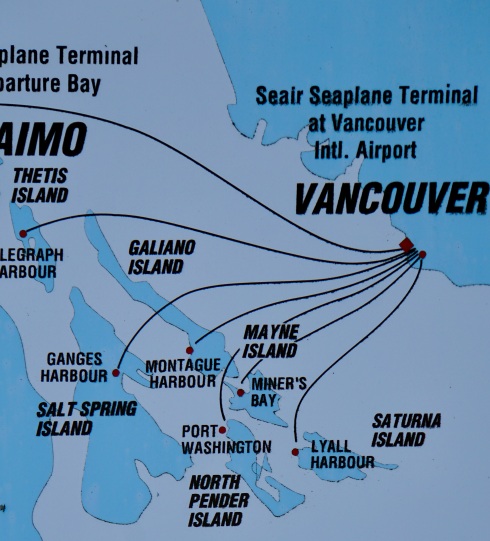 I love all types of maps and the books of Canadian writer Adam Shoalts.  To my knowledge, Shoalts has written 3 books.  The first 2 are about his exploring adventures on wild rivers in Canada.  The 3rd I didn’t know about but found in a bookstore while in Canada.  I started A History of Canada in Ten Maps last night and am already hooked even though I have only read the introduction.  The 1st map is the SkÁlholt Viking map of Vinland.  It was created by an Icelandic scholar in 1590 who based it on much earlier Viking voyages.  In his 3rd book, Shoalts defends making and using maps even in our electronic GPS world.

He says on page 8, “In an age of smartphones, GPS, and expanding digitization, most people have poor spatial memories and would likely struggle to accurately plot on a map from memory even a small area where they live and work”.  What if there’s a power failure?  He would be able to survive one.  He has paid attention to the landscape he is in since he was a young Canadian boy in Ontario, and, as an adult, he goes into wilderness alone to chart named and unnamed rivers and unexplored territory.  Canada is one of the few places left in the world with such opportunities.   Shoalts considers himself a twenty-first century explorer.

GPS has failed me.  We use it a lot, especially during travel, but I have not kept up with updates.  When a destination is new or unknown, Ruth & I will sometimes have trouble finding it.  Because we depend so much on electronic-place-finding, we are destined for trouble, like the residents in California experiencing power blackouts, if we cannot use cell phones, battery chargers, etc.

The exception to this, according to Adam Shoalts, is London taxi drivers.  They have significantly more grey matter in their brains because they are required to memorize every street in London.  For some this takes 4 years to accomplish,  but London cabbies have superior memories as a result.

Shoalts recommends that people learn to pay more attention to their territory so they can confidently draw it from memory if that is needed.  He points out that almost everyone needs a map or help when trying, for example, to use a shortcut while using GPS, looking for a new and hidden hotel in a business park, struggling to locate a friend’s cottage on a lake, using trail maps on ski hills, etc.  I dread the day we are all running around in self-driving cars and experience system failure.  This is inevitable.

Since the beginning, I've had to avoid writing about the downside of travel in order to sell more than 100 articles. Just because something negative happened doesn't mean your trip was ruined. But tell that to publishers who are into 5-star cruise and tropical beach fantasies. I want to tell what happened on my way to the beach, and it may not have been all that pleasant. My number one rule of the road is...today's disaster is tomorrow's great story. My travel experiences have appeared in about twenty magazines and newspapers. I've been in all 50 states more than once and more than 50 countries. Ruth and I love to travel internationally--Japan, Canada, China, Argentina, Hungary, Iceland, Italy, etc. Within the next 2 years we will have visited all of the European countries. But our favorite destination is Australia. Ruth and I have been there 9 times. I've written a book about Australia's Outback, ALONE NEAR ALICE, which is available through both Amazon & Barnes & Noble. My first fictional work, MOVING FORWARD, GETTING NOWHERE, has recently been posted on Amazon. It's a contemporary, hopefully funny re-telling of The Odyssey. END_OF_DOCUMENT_TOKEN_TO_BE_REPLACED
This entry was posted on Thursday, November 14th, 2019 at 7:32 pm and posted in Everywhere. You can follow any responses to this entry through the RSS 2.0 feed.
« The Pender Islands Museum Estab. 2005
The Blanton’s Growing Reputation »