Another World Birding Center near the Rio Grande 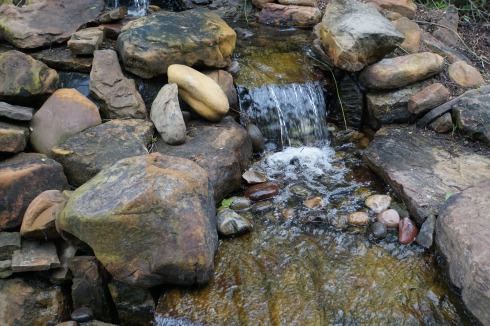 Edinburg, one of 11 Rio Grande communities that passed a resolution to protest the building of a border wall, is northeast of McAllen and the most northerly population center in the Rio Grande Valley.  Its population nearing 100,000, Edinburg doesn’t have much for a traveler to see.  A lot of its streets are named for Southern Pacific railroad executives when the town was hoping  they would build a line and include Edinburg.  That finally happened in 1927, but the depot is now a visitor center.  Edinburg’s Museum of South Texas History in a 110 year old jail is dated and not, in my opinion, worth seeing.  About the only thing worth doing, if you are into creatures that fly and lots of water, is its world birding center known as the Edinburg Scenic Wetlands.  It’s in a city park but totally unurban and natural.  Once you’re inside its 40 acres, you forget that you’re actually in a fairly large town that has been honored as an All-American city 3 times.   Depending on the time of year you visit, you might see some rare bird species like the yellow-chested tropical parula.  Becky, who gave us an ESW tour, clearly loves her job.

Ruth and I are not birders and will probably never return to Edinburg, but we’re glad we saw it and its birding center while in the area earlier in 2019.    Becky took us on a wetlands walk that included a large lake, a well-placed viewing platform, several small ponds, and thanks to binoculars, lots of active birds.  It was the month of March and Becky gave us a list of what we might see.  We saw Neotropic cormorants, Tricolored herons, Spotted sandpipers and at least 9 other species.  If we had been there in October, we would have been surrounded by butterflies.  If there in April, we might have been surrounded by dragonflies and mosquitos.  Becky told us that the rarest bird she had ever seen there was a Long-eared owl.  We ended at the interpretive center where we found telescopes, large windows, and museum exhibits that dedicated birders would appreciate.

The Edinburg Scenic Wetlands is obviously very proud of the fact that it attracts 4 species of hummingbirds.  I learned here that a hummingbird’s heart beats 15 times faster than a human’s, which makes it possible for them to travel to Central America each spring.  Only the Buff-bellied ones are regular residents of Edinburg.

Since the beginning, I've had to avoid writing about the downside of travel in order to sell more than 100 articles. Just because something negative happened doesn't mean your trip was ruined. But tell that to publishers who are into 5-star cruise and tropical beach fantasies. I want to tell what happened on my way to the beach, and it may not have been all that pleasant. My number one rule of the road is...today's disaster is tomorrow's great story. My travel experiences have appeared in about twenty magazines and newspapers. I've been in all 50 states more than once and more than 50 countries. Ruth and I love to travel internationally--Japan, Canada, China, Argentina, Hungary, Iceland, Italy, etc. Within the next 2 years we will have visited all of the European countries. But our favorite destination is Australia. Ruth and I have been there 9 times. I've written a book about Australia's Outback, ALONE NEAR ALICE, which is available through both Amazon & Barnes & Noble. My first fictional work, MOVING FORWARD, GETTING NOWHERE, has recently been posted on Amazon. It's a contemporary, hopefully funny re-telling of The Odyssey. END_OF_DOCUMENT_TOKEN_TO_BE_REPLACED
This entry was posted on Thursday, January 9th, 2020 at 12:34 am and posted in Tex-Mex Border. You can follow any responses to this entry through the RSS 2.0 feed.
« The Outstanding Cardiff Story Museum
2019 and 2020 Destinations »