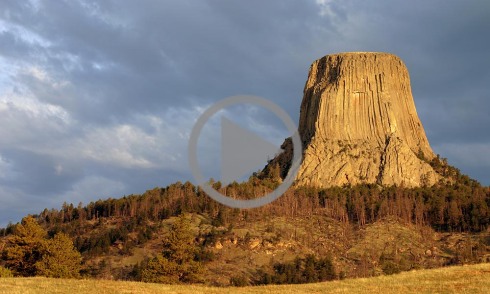 The last print edition of National Geographic Traveler (NGT) ended with a “Parting Shot” of The Devils Tower, an 867 feet geological, magma wonder that rises spectacularly from the earth in a corner of Wyoming.  Ruth and I were last there in 2017.  I think that one day it will be known as America’s Uluru because climbing it will one day be banned. 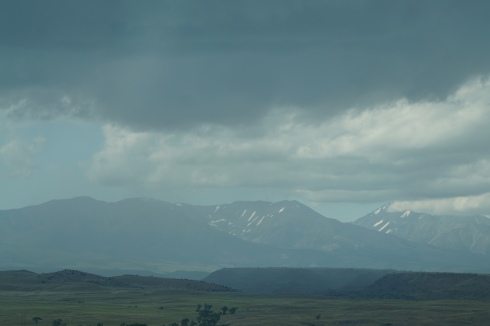 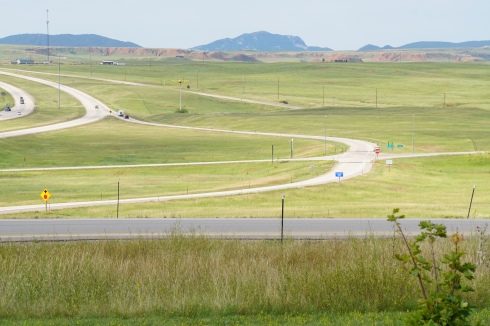 The Devils Tower became the very first National Monument in 1906.  There are now 117 of them.  This natural tower is north of I-90 and accessible via US Route 14 in the same state, Wyoming, as our first National Park, Yellowstone.  An arresting monolith that can be seen for miles before it is arrived at, the Devils Tower has perpendicular sides and a 1.5 acre top covered with sagebrush and grass.  The top has been seen by many climbers.  Ruth & I walked around the tower on a 1.3 mile trail but did not climb it.  Climbers must sign up before their ascent and report after coming back down except in the month of June when not climbing is recommended.  More than 25 Native American tribes tell legendary stories about Devils Tower and consider it sacred like Australian Aboriginals venerate Uluru.  According to NGT, the Lakotas call it Mato Tipila and hold spiritual exercises and sun ceremonies year round but especially in June as do other tribes.

The Devils Tower lures almost half a million visitors each year to this corner of Wyoming.  Many of them have also visited the nearby Black Hills in South Dakota.  There are 3 great attractions near it, and Gillette, WY, just an hour from the tower, is a good place to stay.  The Brinton Museum, which hopes to reopen on April 30, 2020, is south of the town of Sheridan near a small burg called Big Horn.  It’s the most impressive attraction in an unlikely place I have ever been in.   I wrote about it in a blog called “The Surprising Brinton” on August 30, 2017.  The Vore Buffalo Jump is just off of I-90 near the excellent Northeast Wyoming Visitor Center that is not too far from the South Dakota/Wyoming state line.  I have written about all of these attractions.  See Sept. 1, 2018’s “A 5 Compass Wyoming Visitor Center” and August 6, 2018’s “Vore Buffalo Jump”.  I wrote about Devils Tower on August 24, 2017 under the title “Two Towers: Devil and Steptoe”. 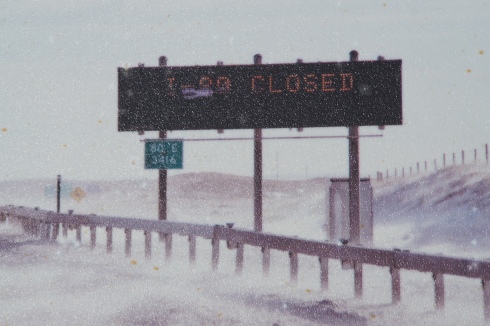 There are more than 200 different climbing roots to the top of this tower.  Globetrotting adventurer Mark Jenkins had his first of many climbing experiences on the Devils Tower and wrote about them in a great book called A Man’s Life.  He subtitled his book “Dispatches from Dangerous Places”.

The Aboriginals finally convinced Australians not to climb what used to be called Ayers Rock but is now officially Uluru.  I took one look at the route up and decided not to attempt it under any circumstances.

PS  All of my photos of this National Monument no longer exist.   The single photo of it above is from travelwyoming.com.

Since the beginning, I've had to avoid writing about the downside of travel in order to sell more than 100 articles. Just because something negative happened doesn't mean your trip was ruined. But tell that to publishers who are into 5-star cruise and tropical beach fantasies. I want to tell what happened on my way to the beach, and it may not have been all that pleasant. My number one rule of the road is...today's disaster is tomorrow's great story. My travel experiences have appeared in about twenty magazines and newspapers. I've been in all 50 states more than once and more than 50 countries. Ruth and I love to travel internationally--Japan, Canada, China, Argentina, Hungary, Iceland, Italy, etc. Within the next 2 years we will have visited all of the European countries. But our favorite destination is Australia. Ruth and I have been there 9 times. I've written a book about Australia's Outback, ALONE NEAR ALICE, which is available through both Amazon & Barnes & Noble. My first fictional work, MOVING FORWARD, GETTING NOWHERE, has recently been posted on Amazon. It's a contemporary, hopefully funny re-telling of The Odyssey. END_OF_DOCUMENT_TOKEN_TO_BE_REPLACED
This entry was posted on Sunday, April 12th, 2020 at 10:08 pm and posted in Wyoming. You can follow any responses to this entry through the RSS 2.0 feed.
« Wyoming’s Restored Capitol
Scotland’s Two Five Compass Cities »