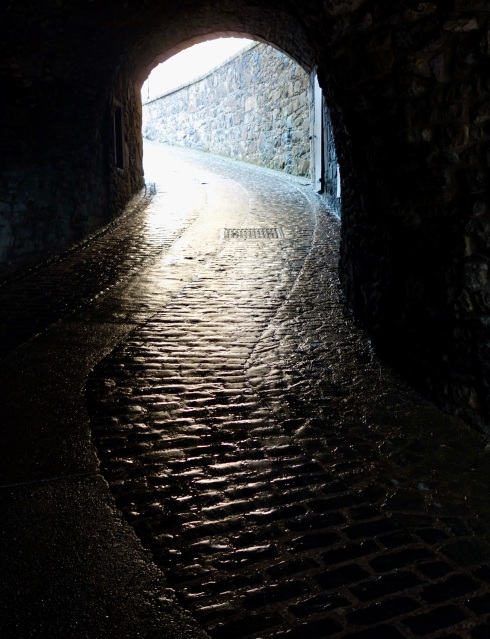 Writer Eric Weiner says in his book The Geography of Genius that some places in the world stun us into “uncharacteristic silence.” He uses the Taj Mahal as an example.  Others I can think of include the Grand Canyon, the Great Wall of China, and the Panama Canal.  Some human-made and natural places are so awesome that they take actual adjusting to.   The chapter in which he says this is mostly about Edinburgh, Scotland.  I have been there twice and missed seeing a lot of what Weiner talks about, so I will have to return to Edinburgh when we can travel again.

In its final issue National Geographic Traveler has a special report on the 25 best trips of 2020.  It must have gone to press before the coronavirus made travel generally impossible.  I’m surprised that a magazine that produced 561,730 copies in the past 12 months and has 440,130 annual subscribers must cease publication.   The Best Trips include 5 places I have been to and explored more thoroughly than Scotland.   Tasmania and Philadelphia are 2 of them.  I’m also surprised that Edinburgh is not on NGT’s final list of Best Trips.

Eric Weiner went to Edinburgh, sometimes historically referred to as Old Smokey, for the first time to write his 2016 book and he says that his initial glimpse of Edinburgh Castle caught him off guard despite the many pictures he had seen of it.  A poet by the name of Robert Ferguson called Edinburgh Auld Reekie with affection.  I did not experience a smokey atmosphere while there because Edinburgh is no longer an industrial powerhouse.  It’s now England’s 2nd most important financial center.  Expect rain instead.  Edinburgh Castle is as impressive as the Taj Mahal.  I agree that it’s a must see.  Weiner adds, “All of Edinburgh is like that”.  I agree again.  Edinburgh sits atop a volcanic plug called Castle Rock.  That’s why it’s so high and mighty.  There are other volcanoes in the area like Arthur’s Seat, but they have been inactive for 350 million years so are considered extinct.

Weiner went to Edinburgh to learn why our founding fathers loved it so much.  According to Weiner, Scots taught Americans how to think about liberty and “how to think for themselves”.   Benjamin Franklin visited Edinburgh and described it as “‘the densest happiness'” he had ever experienced”.  Both he and Thomas Jefferson had learned from Scottish professors.  Jefferson said about Edinburgh, “No place in the world can pretend to competition with Edinburgh”. 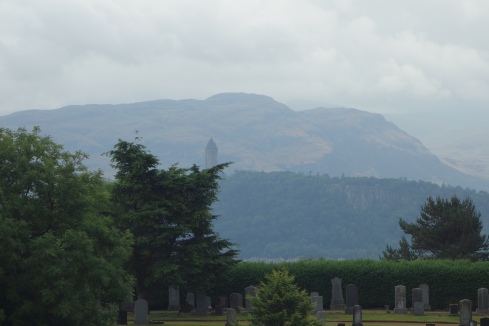 More about this later.  In the meantime start planning a trip to Edinburgh and Scotland if you haven’t been to either.  Glasgow should also be in your itinerary.

Since the beginning, I've had to avoid writing about the downside of travel in order to sell more than 100 articles. Just because something negative happened doesn't mean your trip was ruined. But tell that to publishers who are into 5-star cruise and tropical beach fantasies. I want to tell what happened on my way to the beach, and it may not have been all that pleasant. My number one rule of the road is...today's disaster is tomorrow's great story. My travel experiences have appeared in about twenty magazines and newspapers. I've been in all 50 states more than once and more than 50 countries. Ruth and I love to travel internationally--Japan, Canada, China, Argentina, Hungary, Iceland, Italy, etc. Within the next 2 years we will have visited all of the European countries. But our favorite destination is Australia. Ruth and I have been there 9 times. I've written a book about Australia's Outback, ALONE NEAR ALICE, which is available through both Amazon & Barnes & Noble. My first fictional work, MOVING FORWARD, GETTING NOWHERE, has recently been posted on Amazon. It's a contemporary, hopefully funny re-telling of The Odyssey. END_OF_DOCUMENT_TOKEN_TO_BE_REPLACED
This entry was posted on Tuesday, April 14th, 2020 at 9:21 pm and posted in The United Kingdom. You can follow any responses to this entry through the RSS 2.0 feed.
« Four Northeast Wyoming Attractions
6 of NGT’s Best Trips »