One Last Time in Canada

Ruth and I spent the morning reminiscing about pre-digital photography trips and deciding what pictures and souvenirs to save.  Homebound quarantining is good for clearing out if nothing else.  I found early photos of trips to Canada and decided to write about some strange town names in our northern neighbor.  There aren’t many of them since the Canadian temperament seems to favor rather mundane names.  However, I did find a few unusual ones.

We took an early pre-digital camera trip to Newfoundland that survives only in a few paper photos but many memories, like getting on the wrong ferry that was leaving in seconds for a 17 hour sail to St. John’s.  We barely escaped through a window.  Later, we were in Gander, a city with an interesting name and history.  You would think that it was named for a male, Canadian goose, but it was not.  Gander was a much used aviation refueling stop with military implications in the 1950s, but its 21st century aviation use is decreasing and its airport’s future is grim.  For now, however, the North Atlantic Aviation Museum is still there to tell Gander’s story, and the exceptional musical Far From Away tells a 21st century tale about it.  Gander, a town of almost 12,000 people, was named after a lake and river that probably attracted geese.  In 2001 Gander hosted 6,700 strangers who were temporarily stranded there when the 2 World Trade Center towers fell.  Far From Away brilliantly tells their story.

Canada has many communities like British Columbia’s Bella Bella that began as First Nations settlements.  Another is Saskatchewan’s oddly named city Moose Jaw.  Home to 34,000 Canadians, Moose Jaw derived either from the Cree term for a warm place by the river or the Cree word meaning warm breezes.  Many athletes and musicians began life as Moose Javians.  I was a bit shocked that its Visitor Guide is called Notoriously Moose Jaw until I learned that notorious Al Capone reportedly hid out in this city’s underground tunnel network.  Only a few of these tunnels remain to entertain visitors on 2 guided walking tours.  One features Al and the other focuses on Chinese immigrants. 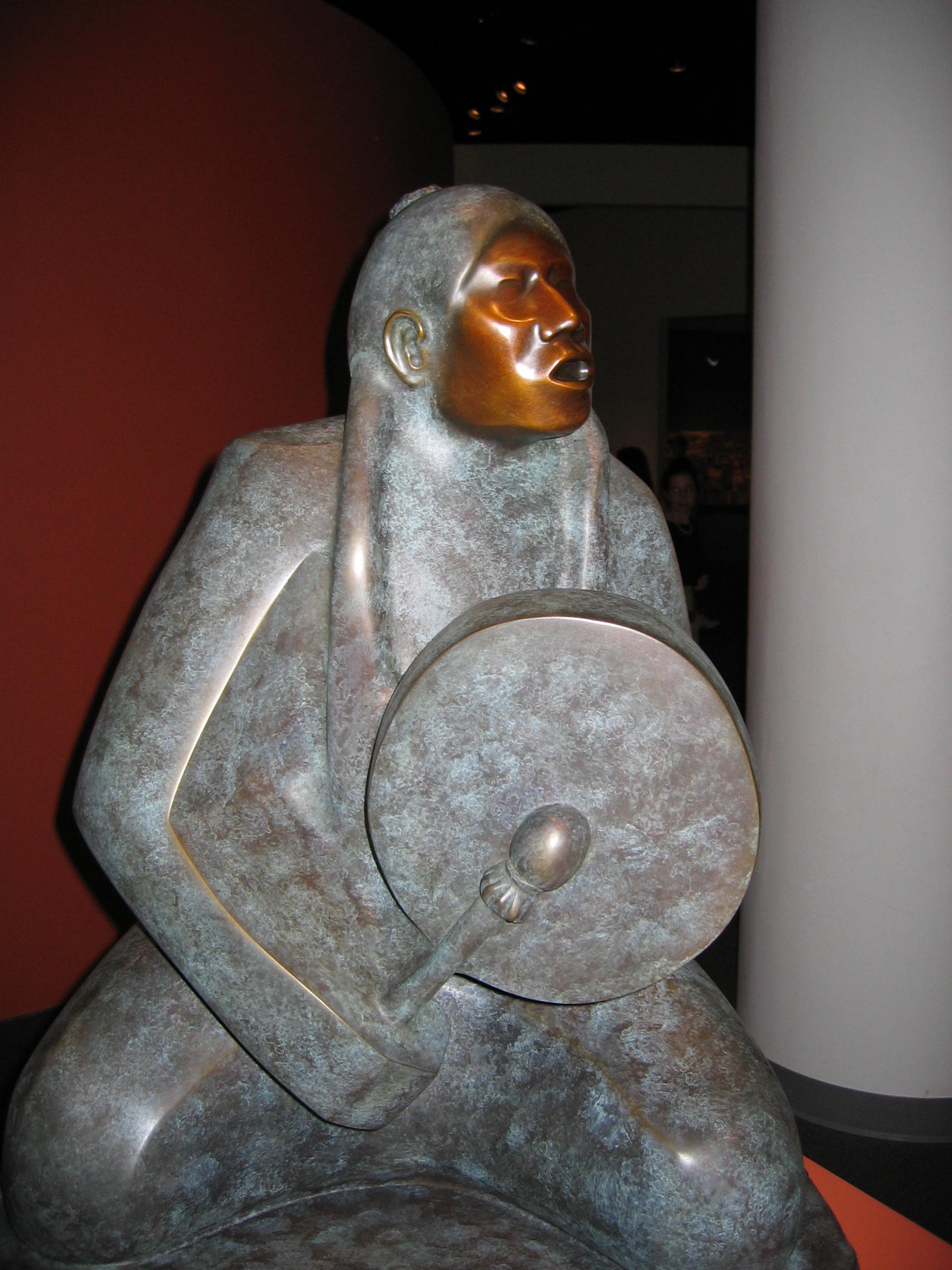 Further west of Moose Jaw is a town in Alberta called Medicine Hat.  A railroad town initially, Medicine Hat, known as “The Gas City” because of natural gas fields nearby, also has First Nations roots.  Blackfoot medicine men wore headdresses containing an eagle feather.  A river valley town of 63,000, Medicine Hat’s #1 attraction is Medalta, an industrial museum featuring ceramics kilns.  Ruth and I have not been to Medicine Hat.

We have, however, been to Kapuskasing.  This Ontario industrial town of about 8,000 has a Lumberjack Heritage Festival in July that we attended.  It was fun and so was the town.  Many Canadians with German roots ended up in internment camps here during World War I.  I vividly recall having a surprisingly gourmet dinner in a Kapuskasing restaurant while talking to its French owner about his vacations in Cuba.  The next morning I had another conversation that led to a problem.  The woman at the desk of our motel was so engaging that I accidentally left a suitcase behind.  You do not want to do this.  We had to spend 3 additional days in Thunder Bay to retrieve it.  Kapuskasing was known as MacPherson until the World War I era.  It now has an unusual First Nations name.

You might think that the town of Flin Flon in Manitoba has a First Nations derived name too, but you, and I, would be wrong.  I was surprised to discover that this town of 5,000 started by a mining company in 1927 was named for a novel character.  In 1905 a fictional work called The Sunless City featured a main character named Josiah Flintabbatey Flonatin.  A statue of him designed by cartoonist Al Capp graces a Flin Flon park.  If you know who Al Capp was, you must be at least middle aged.  Ruth and I have not been to Flin Flon and have little desire to see this statue.

PS  The photos above are Digital Age images.  The mountain one was taken in the Okanagan region.

Since the beginning, I've had to avoid writing about the downside of travel in order to sell more than 100 articles. Just because something negative happened doesn't mean your trip was ruined. But tell that to publishers who are into 5-star cruise and tropical beach fantasies. I want to tell what happened on my way to the beach, and it may not have been all that pleasant. My number one rule of the road is...today's disaster is tomorrow's great story. My travel experiences have appeared in about twenty magazines and newspapers. I've been in all 50 states more than once and more than 50 countries. Ruth and I love to travel internationally--Japan, Canada, China, Argentina, Hungary, Iceland, Italy, etc. Within the next 2 years we will have visited all of the European countries. But our favorite destination is Australia. Ruth and I have been there 9 times. I've written a book about Australia's Outback, ALONE NEAR ALICE, which is available through both Amazon & Barnes & Noble. My first fictional work, MOVING FORWARD, GETTING NOWHERE, has recently been posted on Amazon. It's a contemporary, hopefully funny re-telling of The Odyssey. END_OF_DOCUMENT_TOKEN_TO_BE_REPLACED
This entry was posted on Thursday, April 23rd, 2020 at 9:04 pm and posted in Travel Photos. You can follow any responses to this entry through the RSS 2.0 feed.
« Probably the Last Town Names
Heroic Villains »