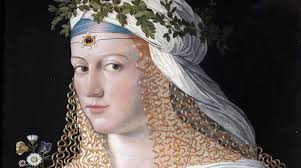 Men in history like Alexander the Great aren’t the only humans who have been criticized over time and had their failings exaggerated or focused upon along with their accomplishments.  This has happened to women too.  Five of them are Lucrezia Borgia, Cleopatra, Mae West, Lizzie Borden, and Kitty Fane.

Lucrezia Borgia, the daughter of a Pope during the early Renaissance, was associated with poisoning others, adultery, and incest, but some modern historians are taking a look at her and questioning her very negative reputation.  For example, there is absolutely no hard evidence that she poisoned anyone.  She lived from 1480 until 1519.  Was she depraved and cruel or a pawn used by scheming men beginning with her father?  She was surely an intelligent woman surviving in a world run by men whose reputation was somewhat undeserved.  She seems to have sought independence through marriage, and her heartlessness was probably exaggerated or invented.  She married 3 times and was Governor of Spoleto.  The picture above of her is widely available via historytoday.com, amazon, and other downloadable outlets.  She has been a subject for many writers and composers.  Victor Hugo, for example, wrote a play about her.

Cleopatra has undergone reputation enhancement too.  Not many women throughout history have been as powerful as she was.  She was the last Egyptian Pharaoh, could speak many languages, and highly influenced Rome.  She led a fleet in a naval battle among other accomplishments.  She was smart and politically astute.

Mae West, a woman known for frequent and delightful double entendres, wrote 9 of the 13 movies she starred in.  Many of her best lines like “I feel like a million tonight.  But one at a time” a line that she uttered in her last but still controversial movie Myra Breckenridge.  She had a reputation of being a sex symbol but was far more than that.  I see her as an astute career woman who lived to be 87.  Ruth was shocked to learn that she was only 5 feet tall, and so was I.  She didn’t drink or smoke and only married twice.  One marriage lasted for many years.

Lizzie Borden was tried for the 1892 ax murders of her father and stepmother in Massachusetts, but she was acquitted.  That didn’t stop people from turning her into a Stephen-King-like character.  Was she a notorious killer or wrongly accused?  Many authors and lawyers, but not O J Simpson’s, have taken a look at her case and judged her both innocent or guilty.  After the trial she led a reclusive life.  We will never know for sure if she was a killer. 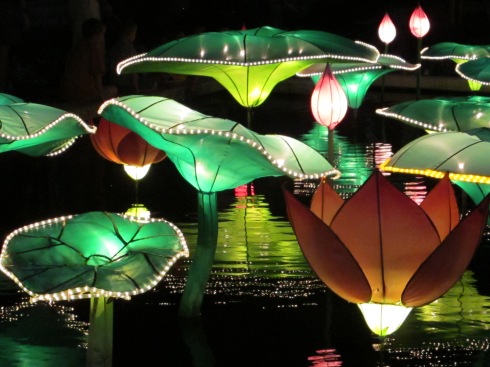 Kitty Fane was a character in book called The Painted Veil by William Somerset Maugham.  It has been made into movies in which Greta Garbo and later Naomi Watts played Kitty.  While confined, Ruth & I have been watching a lot of old movies and the Naomi Watts version has been one of them.  She was excellent in the role of a high society woman who values social appearance and artifice over all.  She surprisingly marries a shy doctor/bacteriologist named Walter instead of the man she had an affair with.  Ironically, still arrogant and spoiled she ends up in outback China with Walter and has to adjust to a totally new life.  Slowly over time she befriends some nuns, changes her attitude toward her introverted husband, and works with Chinese children.  She has a child while there.  In the book it’s a she.  In the Naomi Watts update it’s a he.  Ruth & I liked this film both times we saw it.

Since the beginning, I've had to avoid writing about the downside of travel in order to sell more than 100 articles. Just because something negative happened doesn't mean your trip was ruined. But tell that to publishers who are into 5-star cruise and tropical beach fantasies. I want to tell what happened on my way to the beach, and it may not have been all that pleasant. My number one rule of the road is...today's disaster is tomorrow's great story. My travel experiences have appeared in about twenty magazines and newspapers. I've been in all 50 states more than once and more than 50 countries. Ruth and I love to travel internationally--Japan, Canada, China, Argentina, Hungary, Iceland, Italy, etc. Within the next 2 years we will have visited all of the European countries. But our favorite destination is Australia. Ruth and I have been there 9 times. I've written a book about Australia's Outback, ALONE NEAR ALICE, which is available through both Amazon & Barnes & Noble. My first fictional work, MOVING FORWARD, GETTING NOWHERE, has recently been posted on Amazon. It's a contemporary, hopefully funny re-telling of The Odyssey. END_OF_DOCUMENT_TOKEN_TO_BE_REPLACED
This entry was posted on Friday, May 1st, 2020 at 10:06 pm and posted in Uncategorized. You can follow any responses to this entry through the RSS 2.0 feed.
« More Heroic, Controversial Men
Towns Named Rochester »